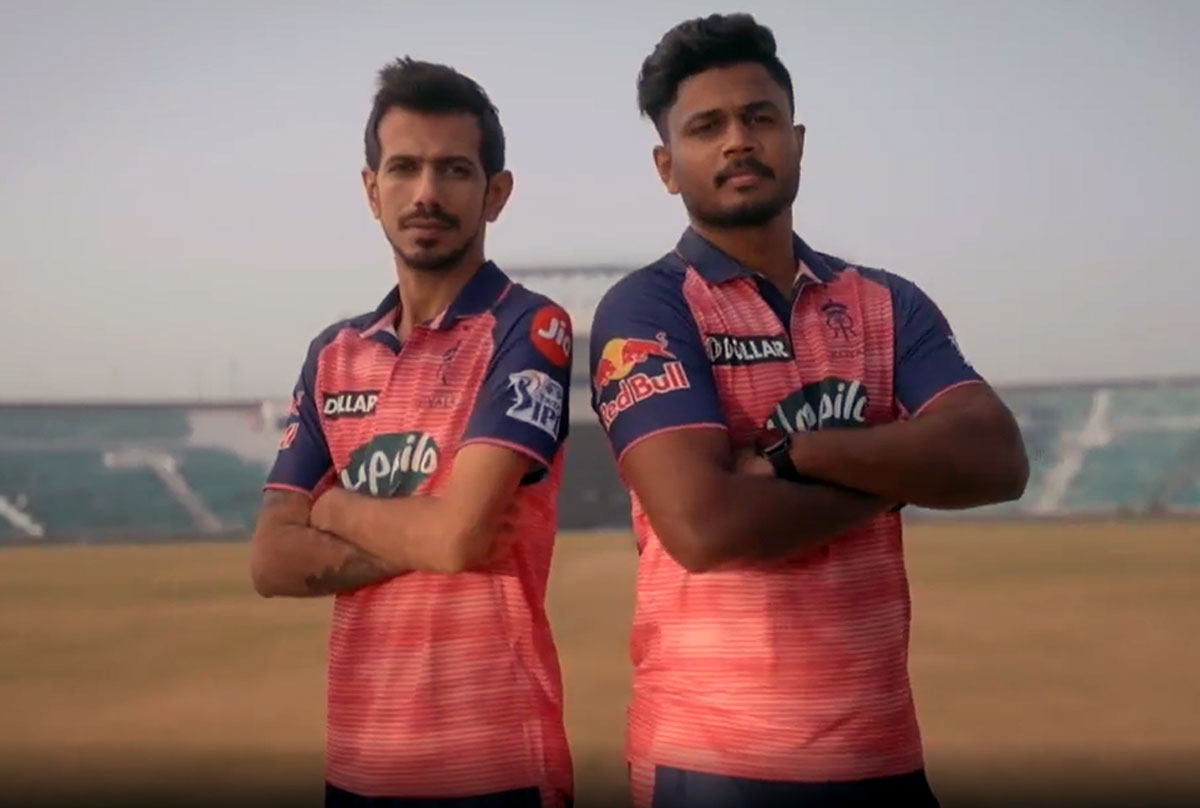 Rajasthan Royals showed they mean business when the franchise unveiled the jersey for IPL 2022 with an action-packed video featuring FMX legend Robbie Maddison.

The Australian daredevil, who was given the task of delivering the new Rajasthan Royals jersey at the Sawai Mansingh stadium in Jaipur, enthralled with his skills as he zipped on his bike around some of the Pink City’s iconic locations as well as Jaipur’s narrow bylanes.

Maddison rode all the way up to the roof of the stadium, before he launched his bike straight down the building and onto the cricket field, to deliver the new Royals jersey to RR Captain Sanju Samson and spinner Yuzvendra Chahal.

The Royals’s jersey is inspired by a unique Rajasthani design Leheriya, which means wave in English. The tie-and-dye patterns used in the jersey design, which date back to the 17th century, resembles the winds blowing across Rajasthan’s deserts.

The distinctive patterns, usually on brightly coloured cloth, are formed through ‘resist dyeing’ — a technique that is unique to Rajasthan, Royals stated.

‘With regards to the jersey launch, each year we work with our long-term partner, Red Bull, to come up with a really special and memorable event. I think the team has taken it to another level for 2022!,’ Royals CEO Jake Lush McCrum stated.

Rajasthan Royals take on Sunrisers Hyderabad in their opening game of IPL 2022 on March 29 at the MCA stadium in Pune.