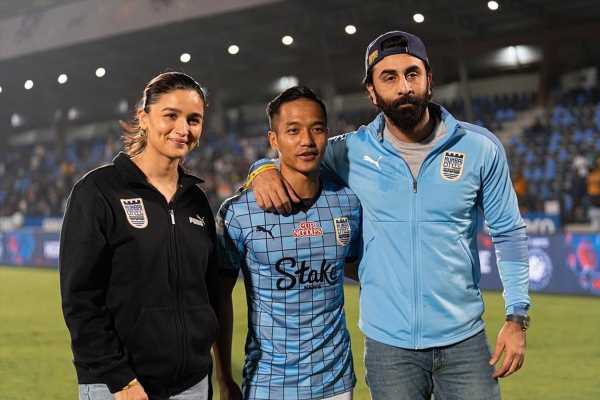 Mumbai City FC Co-Owner Ranbir Kapoor and his wife Alia Bhatt took some time out from their parenting duties to cheer their team in the Indian Super League encounter against Kerala Blasters.

Ranbir is an ardent football fan and the couple even announced the name of their daughter on social media on a Barcelona jersey.

Alia, who looked cute in a Mumbai City FC black hoodie, attended a packed game and was seen discussing the game with her husband in the stands.

With their owners in the stands, Mumbai City FC scaled new heights with a commanding 4-0 win against Kerala Blasters at the Mumbai Football Arena. This was the second time in their history that Mumbai City FC scored four goals in the first half, all within the first 22 minutes of the match.

After the match, the couple was seen walking on the field and meeting the players. 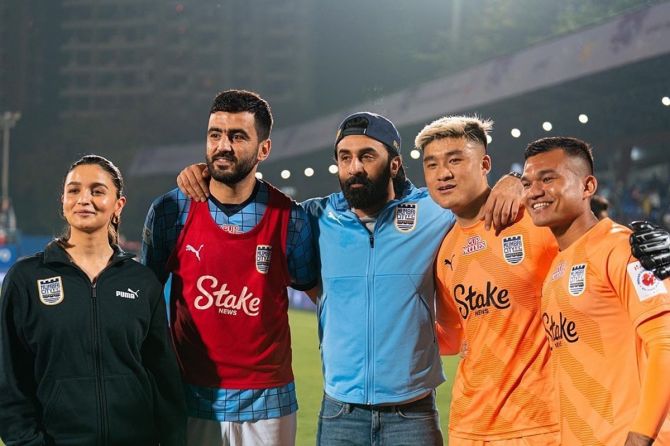