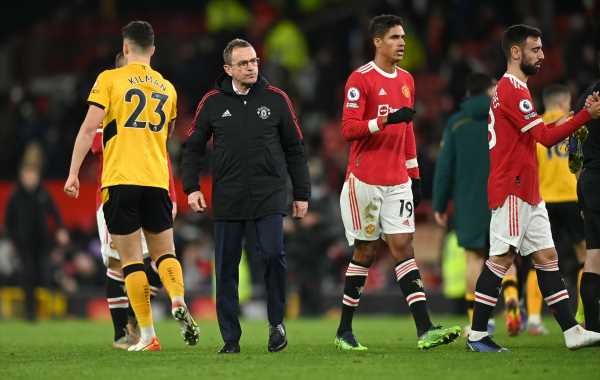 Manchester United forward Marcus Rashford said on Saturday he was disappointed with media reports questioning the players’ commitment to manager Ralf Rangnick following a difficult start to the German’s reign at Old Trafford.

A number of United players are reportedly unhappy with Rangnick’s methods, with the interim boss saying on Friday that he was aware that several fringe players were keen to leave the club this month.

“We’ve all been disappointed with recent performances and we’ve been as disappointed with the news coverage questioning our commitment to not only the manager and the coaching staff but the club,” Rashford said in a statement on Twitter.

“I have endless respect for both and I’m looking forward to bettering my game under the staff… I’m not sulking, I’m not unhappy.”

The 24-year-old England international came off the bench in the 1-0 league defeat by Wolverhampton Wanderers on Monday, a first loss under Rangnick that left United in seventh place, four points off the Champions League places but with a game in hand.

Rashford said that he was not satisfied with some of his recent performances but added that his dedication to the club should never be called into question.

United host Aston Villa in the third round of the FA Cup on Monday.