Did Rajasthan Royals captain Steve Smith miss a trick by not bringing on Jofra Archer in the penultimate over of the chase? Instead, Smith handed the ball to Jaydev Unadkat, who was torn apart by the belligerent AB de Villiers.

The left-arm seamer conceded 25 runs in the 19th over, as the tide of the match turned dramatically – from 35 needed off 12 deliveries to 10 from the final over. It was only fitting that de Villiers sealed the match with a soaring six off Archer as Royal Challengers Bangalore scaled the target of 178 with two balls to spare.

ABD puts his cape on

Royal Challengers looked like sliding to their second successive defeat. But when de Villiers is at the crease, no cause seems lost. On a slow, tacky Dubai pitch, on which his team-mates struggled with their timing and placement, the South African looked to be batting in a parallel universe. 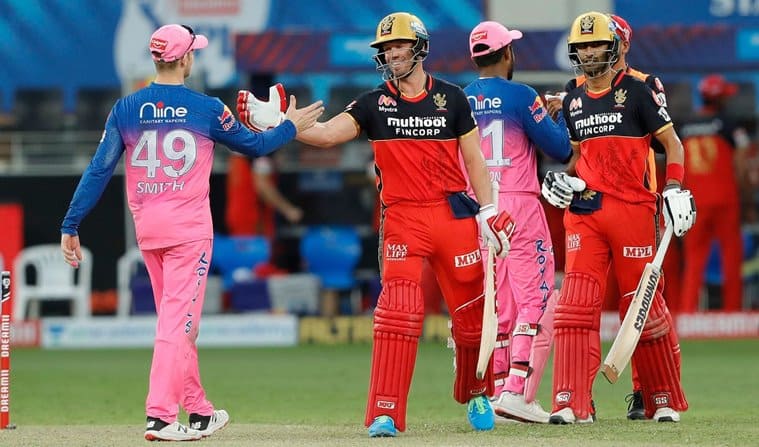 He has made it a habit of getting his team past the finish line through spectacular acts of individual brilliance. It was a staggering assault on Unadkat in the 19th over, in which de Villiers smoked three consecutive sixes, that brought RCB back in the contest.

His unbeaten 55 was also praiseworthy for the manner in which he shepherded a struggling Gurkeerat Mann through the business end of the chase.

Since starting the tournament with two successive half-centuries, Smith had looked strangely subdued. The consistency, which has been his hallmark irrespective of the format, was missing.

In each of the subsequent six innings, the Aussie looked a little too eager to stamp his presence on the game. This uncharacteristically hurried approach had proved to be his undoing. For a batsman with his quirks, Smith needs time at the crease before he can shift gears. So, dropping himself from the opener’s slot to the no.4 position was a step in the right direction. When he walked out to bat against the Royal Challengers, Smith’s team was in a spot of bother.

Sure enough, they had got the requisite momentum, courtesy Robin Uthappa’s blitzkrieg, but the quick dismissals of Uthappa and Sanju Samson had pegged them back with the score reading 69/3 in the 8th over.

Unlike in previous matches, Smith had time to get into his groove. He scored 16 off 15 deliveries before picking up the ante, racing to his first fifty in seven innings. A couple of outlandish reverse sweeps against Yuzvendra Chahal stood out. Without Smith’s 36-ball 57, the Royals would have struggled to register 177/6, which looked like a match-winning score at the halfway stage.

Morris, leader of the pack 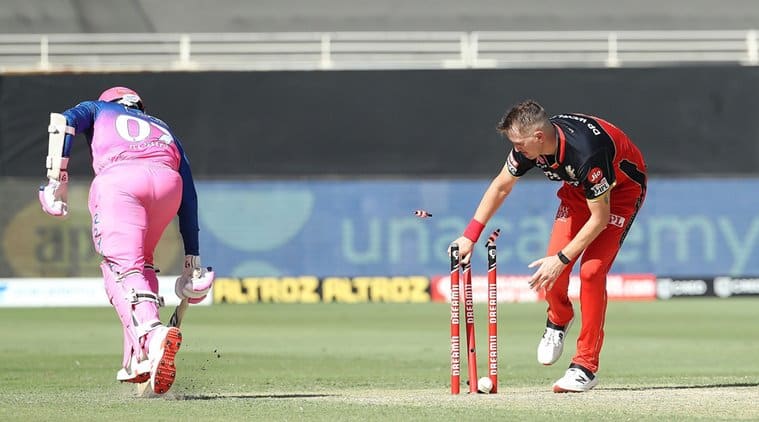 South African pacers have been a revelation in this IPL . Delhi Capitals have prospered with Kagiso Rabada and the lightning pace of Anrich Nortje. Royal Challengers have realised that Chris Morris is a captain’s delight. He bowls well with the new ball and can unleash yorkers at will in the death overs.

On Saturday, he fulfilled the twin roles to a nicety. He prised out four key wickets – Ben Stokes in the Powerplay, Jos Buttler in the middle overs, and Smith and Jofra Archer in the final over – in which he conceded just four runs.