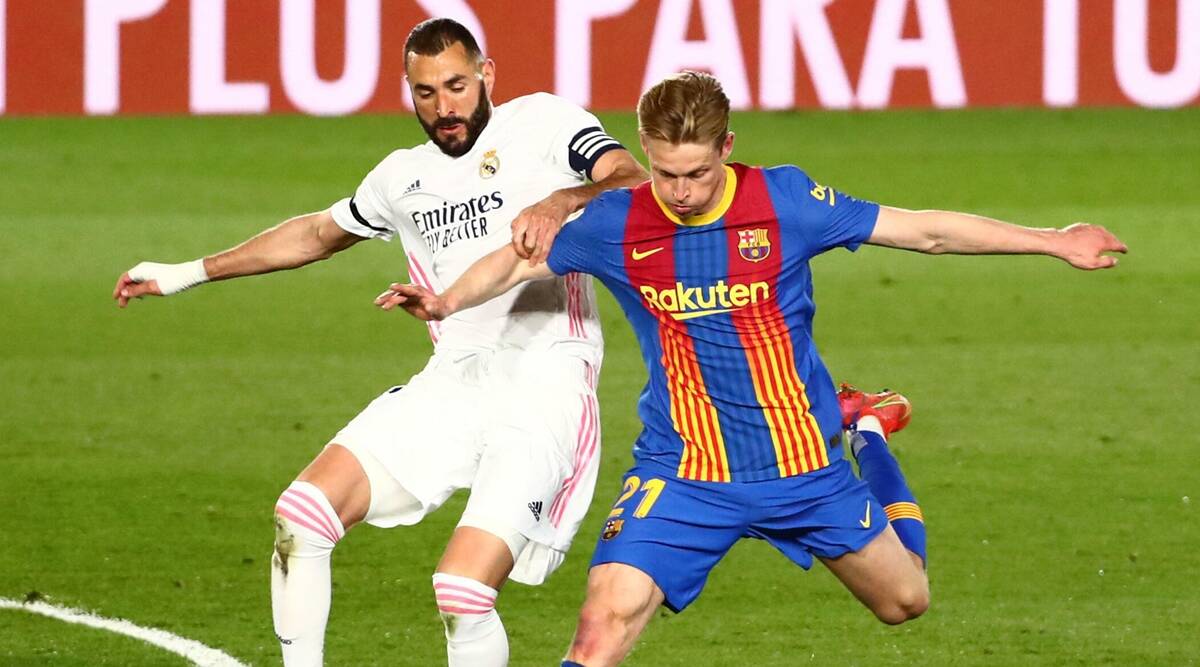 While Real Madrid and Barcelona used to be the obvious destination for Spain's most exciting players, the clubs' priorities have changed. While Real Madrid and Barcelona’s superpower status a decade ago was reflected in their dominance of Spain’s all-conquering national side, their decline can be measured in the very same way: Spain head to the UEFA Nations League Final Four tournament with no players from Real and four from Barcelona.

Captain Sergio Busquets is the only top-level player from the Catalan contingent travelling to Italy, along with 17-year-old Gavi – who has only started three senior games – and the underperforming Sergi Roberto and Eric Garcia.

It is a far cry from when the two clubs had 13 players in Spain’s 2010 World Cup- and Euro 2012-winning squad, with Barca’s Andres Iniesta and Xavi and Real duo Sergio Ramos and Iker Casillas playing leading roles.

That was also an era when the clubs were at the peak of their powers and would regularly be challenging for the Champions League, contrasting with their current struggles.

Barca has lost both its opening Champions League group stage games for the first time and is floundering domestically, a consequence of being forced to part with Lionel Messi as its budget was slashed due to its colossal debt.

Real is in a better state but last week suffered a stunning home defeat to Moldovan side Sheriff Tiraspol in the Champions League and a subsequent loss at Espanyol.

Its lack of players in the Spain team has also been noticeable: Coach Luis Enrique picked no Real representatives for his Euro 2020 squad.

While some Real fans suspect Luis Enrique’s feelings towards the club – who he left as a player for Barcelona – has played a part in his thinking, the harsh truth is there are few natural choices.

While Real and Barcelona used to be the obvious destination for Spain’s most exciting players, the clubs’ priorities have changed.

Real has preferred to scout Brazilian youngsters in recent years such as Vinicius Jr, Rodrygo and Reinier. It did sign Spaniard Brahim Diaz from Manchester City in 2019, but he has since joined AC Milan.

Barcelona last year snapped up playmaker Pedri, who lit up Spain’s Euro 2020 campaign yet is currently injured. But it has mostly preferred to recruit from the Netherlands rather than home, particularly since Dutchman Ronald Koeman took charge.

Whereas the two clubs would routinely compete for Spain’s top young talents, the best young players are now more likely to move abroad, in particular to England’s Premier League, where 10 of the 23-man squad play.

Wednesday’s Nations League fixture with Italy is a rematch of the Euro 2020 semi-final which Roberto Mancini’s side won on penalties, ending an eventful Euro 2020 campaign for Spain which did at least hold plenty of promise for the future.

Only time will tell if the current generation can repeat their predecessors’ achievements, but unless there is radical change, their success is unlikely to belong to Spain’s two most famous clubs.