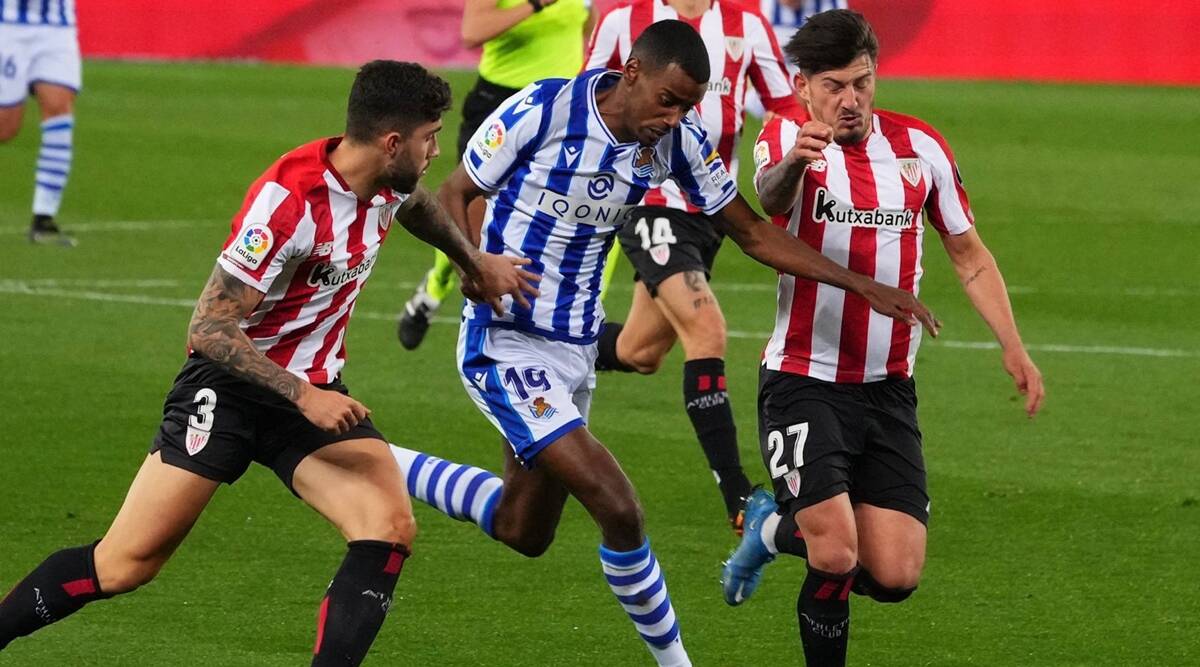 Real Sociedad beat Athletic Bilbao on Saturday in the postponed final of last year's Copa del Rey and then equalized in the league match only four minutes after its rival had taken the lead. Roberto Lopez scored in the 89th minute to give Real Sociedad a 1-1 draw against Athletic Bilbao in the La Liga in the second Basque Country derby in four days.

Real Sociedad beat Athletic on Saturday in the postponed final of last year’s Copa del Rey, then equalized in the league match only four minutes after its rival had taken the lead.

Athletic opened the scoring with a header by Asier Villalibre in the 85th, but Lopez equalized for the hosts with a remarkable curling shot from outside the area into the top far corner.

The result moved Sociedad back into fifth place with 46 points, 12 behind fourth-place Sevilla. Athletic dropped to 10th, further away from the European qualification spots.

Athletic will also play in the final of this year’s Copa final, facing Barcelona on April 17.

Atletico Madrid has a one-point lead over Barcelona in the league and is three ahead of Real Madrid. Barcelona and Madrid play in the last clasico of the season on Saturday in Madrid. Atletico visits Real Betis on Sunday.