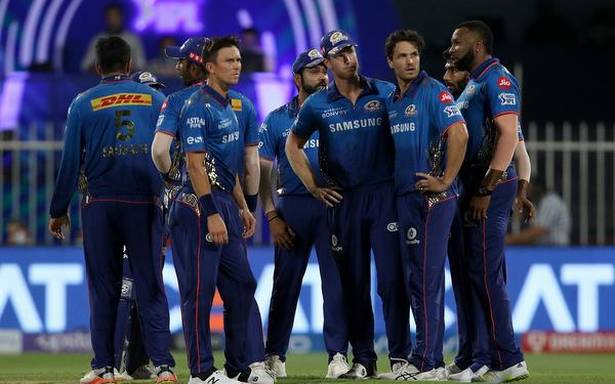 With a playoffs spot on the line, its wobbly middle-order has to fire against SRH

Mumbai Indians and Sunrisers Hyderabad have locked horns in the last game of the league stage twice in the last six IPL editions. While SRH will hope to reprise last season’s heroics at Sharjah, MI will be eyeing a repeat of the 2015 face-off at Hyderabad, on Friday night.

With a spot in the playoffs on the line, Rohit Sharma will want his MI unit at its peak. The defending champion will be wary, however, of bottom-placed SRH, which has nothing to lose. And as it showed on Wednesday when it stunned Royal Challengers Bangalore, Kane Williamson’s side remains a dangerous opponent.

In 2015, the last league game between these two teams was a virtual quarterfinal, with the winner set to enter the playoffs. SRH wilted under the pressure and MI advanced in style.

In 2020, David Warner and Wriddhiman Saha stitched together an unbroken 151-run opening partnership to guarantee SRH’s spot in the playoffs; MI had already made it and the loss proved inconsequential to it.

Cut to Friday in Abu Dhabi, and SRH has nothing tangible to play for this season. Its players, however, have the opportunity to make a case for their retention.

For MI, on the other hand, the outcome of its topsy-turvy campaign this year will rely on what it does in its last league clash. The five-time champion’s wobbly middle-order will have to come good for it to have any chance of again making its presence felt at the business end.