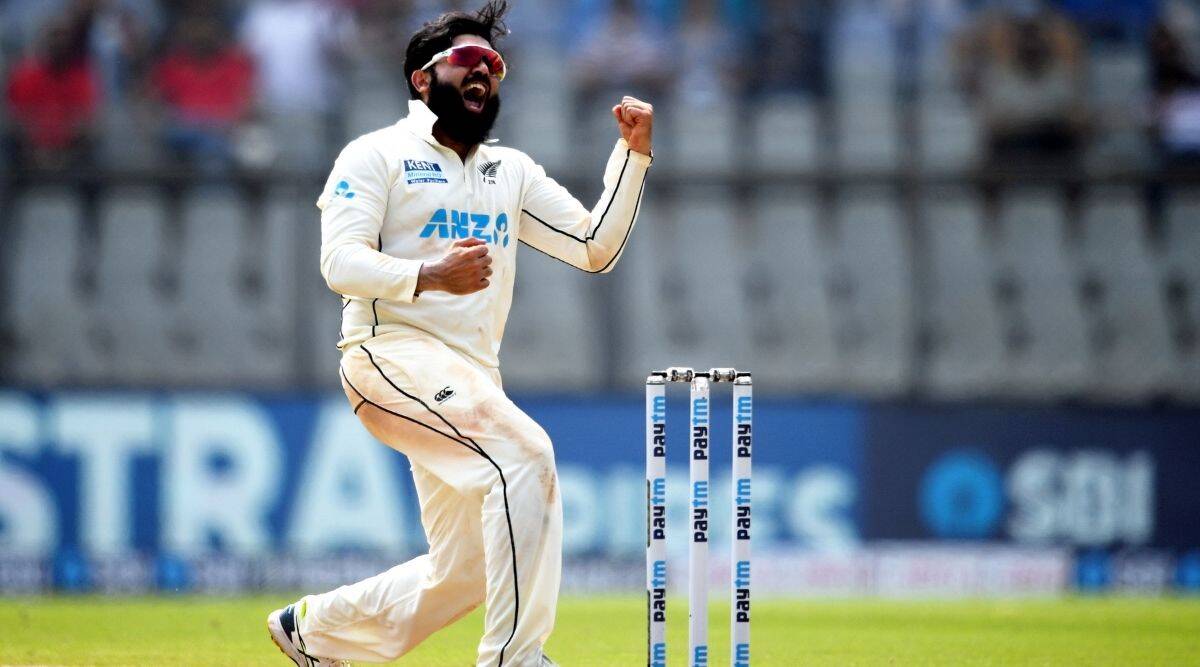 Patel got a standing ovation from the Indian team as the umpires handed him the coveted ball while leading his team off the field. New Zealand spinner Ajaz Patel became only the third bowler to pick up all 10 wickets in an innings in international cricket, achieving the feat against India in the second Test at the Wankhede Stadium.

Mumbai-born left-armer Ajaz, whose parents emigrated to New Zealand in 1996, added six wickets to the four he took on the first day on Friday to finish with figures of 10-119.

Patel, who had migrated to New Zealand with his parents back in 1996, ended the Indian innings with figures of 47.5-12-119-10 to equal England great Jim Laker and Indian legend Anil Kumble, who had achieved the rarest of rare feat in Test cricket.

The 33-year-old Patel, who is playing in his 11th Test, had only two five-wicket hauls and a best match haul of seven wickets before Saturday’s feat.

Mohammed Siraj, who tried a slog and was caught by another player of Indian origin Rachin Ravindra.

Patel got a standing ovation from the Indian team as the umpires handed him the coveted ball while leading his team off the field.

Incidentally, Patel is the second player after Douglas Jardine, who has played against India in his city of birth.