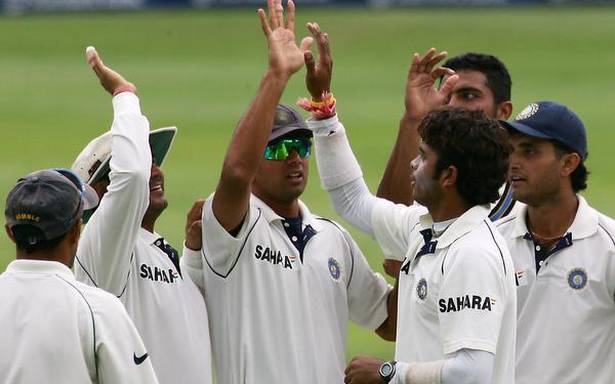 The visitors have never lost a Test at The Wanderers

The Wanderers will bring back happy memories for Team India and Rahul Dravid. It was at this venue that a young Dravid made his first Test hundred in 1997 — an innings of 148 — against a high quality pace attack that put him on course to what would be a great career.

Dravid followed it up with an 81 in the second innings but South Africa, eight wickets down in the fourth innings, hung on for a draw.

“The hundred was very satisfying but I was disappointed with the result. We came so close to a win,” said Dravid.

However, Dravid and India could not be denied in 2006 against a powerful South African side at the peak of its powers.

S. Sreesanth then whipped up one of the finest exhibitions of swing bowling to slice through the South African top- and middle-order with a spell of five for 40 as the host was bundled out for 84.

India took the game away from South Africa posting 236 in its second innings, the elegant V.V.S. Laxman top-scoring with 73.

In an interesting sidestory, the normally punctual Laxman, undefeated overnight, was a tad late for the team bus in the morning and the side coached by Greg Chappell, a strong disciplinarian, left without him. Laxman, fuming, followed the team bus in a taxi!

India set South Africa a target of 402 and despite a gutsy 97 by Ashwell Prince, South Africa was dismissed for 278 with Man of the Match Sreesanth, Zaheer Khan and Anil Kumble sharing the spoils.

This was India’s first Test victory on South African soil. A historic occasion.

Can India also register its first Test series triumph on South African soil at its favourite venue in the Rainbow nation?