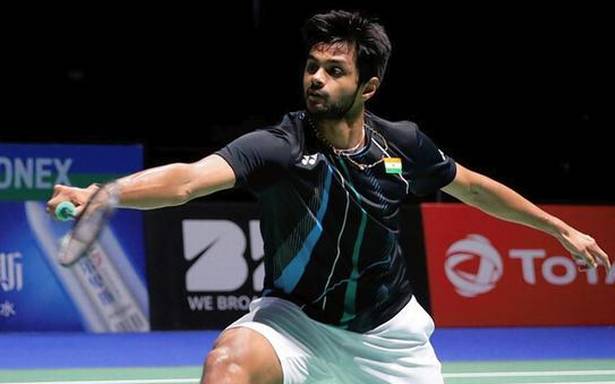 Top Indian shuttler B Sai Praneeth, who won the 2019 World Championships bronze medal, on Sunday pulled out of the season-opening India Open Super 500 tournament after testing positive for COVID-19.

"Yes, I have tested positive for COVID-19 in RT-PCR test. I had cold and cough since yesterday. I am isolating at home," Praneeth told PTI.

"I will have to wait for at least a week before testing again. It is an important year and there is hardly any time to regain fitness. I hope I can get back to court quickly."

Another Indian player, doubles specialist Dhruv Rawat, also tested positive for the virus ahead of his departure for the national capital to participate in the tournament starting on Tuesday.

"We have received the withdrawal of Sai Praneeth and Dhruv Rawat as both players have tested positive. We are strictly monitoring and it’s mandatory for all players to update their RT-PCR reports before reaching New Delhi. We are also conducting tests before everyone enters the stadium," said Singhania.

In January last year, Saina Nehwal and HS Prannoy had tested positive in Thailand but were found to be negative after re-examination.

Organised by the BAI, the 2022 edition of India Open will be held behind closed doors at the Indira Gandhi Stadium’s KD Jadhav Indoor Hall, with the governing body laying down strict COVID-19 protocols.

"All the participating players will be taking the necessary safety precautions right from their arrival in New Delhi as per protocol, and will be tested everyday at the hotel and from there they will be having shuttle buses to come to the stadium, play matches and go back to the hotel again," the BAI said in a release.

"All the players as well as tournament, match officials, BWF and BAI officials, support staff, vendors and others involved will have to go through a mandatory COVID test each day outside the stadium, and only after being tested negative they will be allowed inside the venue.

"BAI will not compromise on the safety of the players as well as others involved, and will be following all the COVID-19 guidelines given by the government."

Two-time Olympic medallist PV Sindhu and World Championships bronze medallist Lakshya Sen were among the Indian players who have already arrived in the national capital on Sunday.

Kidambi Srikanth is likely to arrive late in the evening, while Saina will land on Monday.