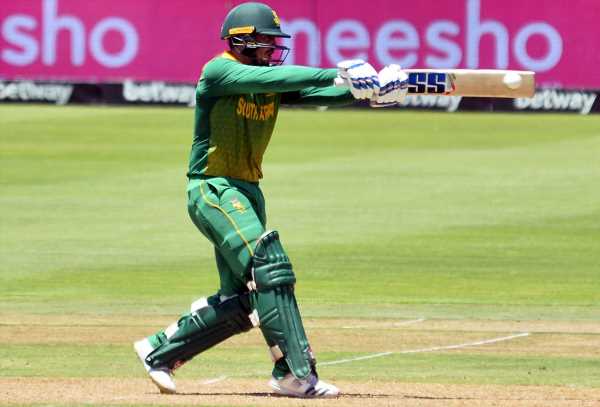 South Africa have named a largely unchanged One-Day International squad for the three-match home series against Bangladesh from March 18-23, with only all-rounder Sisanda Magala missing out after he failed a fitness test.

But it is otherwise the same selection that defeated India 3-0 on home soil in January. Fast bowler Anrich Nortje remains a long-term absentee with a hip problem.

There had been some suggestion South Africa may lose players to the build-up to the Indian Premier League, which is set to get underway on March 26, but the likes of Quinton de Kock, Kagiso Rabada and Marco Jansen have all been included.

The first and third ODIs against Bangladesh will take place in Pretoria, with the second just down the Golden Highway in Johannesburg.

It will be followed by a two-Test series starting on March 31, which will provide a club versus country clash with the IPL for some of the South Africans.