Satwiksairaj Rankireddy uses big smash to kill points; the smash manages to awe those watching and those playing him alike. Neutralising the big weapon, though, needs more than mere cognizance of it.

One would have to be blind to not figure that Satwiksairaj Rankireddy’s master code is the big smash. He uses it to kill points; the smash manages to awe those watching and those playing him alike. Neutralising the big weapon, though, needs more than mere cognizance of it.

Malaysian World No. 9 Aaron Chia and Soh Wooi Yik saw a little more than the obvious. They had coach Flandy Limpele in their corner.

The Indonesian had coached the Indians till his exit last year, and helped guide them to their first few upset wins in Europe. After expressing his annoyance at Indian players’ (lack of) commitment to his training system, he has settled in the employ of Malaysians. It’s all kosher and how international sport works – coaches move, coaches talk, coaches plot. But it was inevitable that his current charges would one day run into his past wards.

Fortuitously for the Indians, this happened at the start of the season as Satwik and Chirag Shetty went down 18-21, 18-21 in 35 minutes to a pairing ranked only one place above them. Round 1 to Malaysia in this fascinating mid-table men’s doubles battle.

“We knew Satwik is a good attacking player. So we tried to manage the first three shots and not lift too much,” Aaron would say later, describing the Indian’s propensity to go for it early in the rally. It was the early taming of Satwik that gave the young Malaysians, All England finalists from 2019, a psychological head start, that stopped the Indian combination in the semifinal.

While Satwik has a well-rounded game well beyond the go-to kill weapon, it is his instinct to try and wrap up the rallies quickly that opponents will learn to counter as the Indians’ game gets dissected and SWOT-analysed in the coming months.

“We were clearer than before. We knew what we had to do and what we didn’t,” Aaron would say of their 2-0 head-to-head lead now over the World No. 10 pairing. The Indians never quite got going, barely ever taking the lead, and bowed out, though not without taking one good look at the rivals they will run into plenty.

Coach Limpele knows the Indians’ game intimately, but the Malaysians would concede that over-eagerness towards the end of the second game, where the Indians had begun to prolong rallies and change tack, had drawn out errors that could’ve proved costly.

The service game was wobbly on the day and though the Indians returned reasonably well, they couldn’t force a decider – where they tend to be more dangerous.

“I think if we’d been able to take a few points and converted the first game, the scenario would have been a lot different,” Chirag told BWF.

Indians are way off the pace against World No. 1 Marcus Gideon and Kevin Sukamuljo Sanjay (lost 8, won none), but had been dragging deciders into 20-19 scenarios before the pandemic. Similarly, while they are 0-5 against the top Japanese pair, Takeshi Kamura -Keigo Sonoda, they have clocked wins against other pairings, including World No. 2 Indonesians Ahsan-Setiawan, Japan’s Endo-Watanabe (2-2), Fajar-Ardianto (Indonesia) and even boast a superior record against the Chinese Li-Liu (2-1) and Koreans Choi Soigyu-Seo Seung Jae (2-0).

What the Indians will need to look out for is the sophomore season – when opponents, coaching brains and their fancy camcorders start figuring out ways to snipe at some very obvious (and effervescent) strengths – like Satwik’s smash.

“We didn’t control the shuttle. We tried to pick things up in the second game. They [Chia/Woh Wooi Yik] are more experienced players. They made the All England finals in 2019. We fought for each point and maybe we could have been calmer. We’re disappointed but happy to play in the semifinals,” Satwik would say.

Heading into the Olympics for which the duo has almost qualified, and where the last two medals in women’s singles came not out of mere reputation, but with careful tactical planning against more fancied names, Indian badminton enters a new territory where its coaching staff will need all the scouting and strategising resources to back Satwik-Chirag’s hard work.

The mixed doubles unseeded pairing did well against Thai top seeds Dechapol Puavaranukroh and Sapsiree Taerattanachai. But the mid-game pushback wasn’t enough to avoid a 22-20, 18-21, 21-12 loss.

The Indians were scattering the Thais well with their varied attack – Satwik manning the back – but the home team countered the blitz ad raised their own game in the third.

“I think we have played one of the best matches of our careers against these [Puavaranukroh/Taerattanachai] top players. We couldn’t even practise before coming here. We just wanted to play. We gave it a good fight today, it was very close.” Satwik said.

Sapsiree Taerattanachai is a Youth Olympics singles gold medallist. Add to it the 2010 junior crown in Singapore, and her unique achievement of winning a Grand Prix-level title in women’s singles (2012), women’s doubles and mixed doubles. Alongside Dechapol Puavaranukroh, the Thai doubles ace won her country’s biggest World Championship doubles medal, a silver, at Basel in 2019 – they had two bronzes in mixed doubles, back in 2005-6.

“I felt like we ended up making a couple of crucial mistakes, starting with my serve and then we lost points one after the other from there. Then we changed sides and they [Puavaranukroh/Taerattanachai] got smarter, they are more experienced and changed their game style,” Ashwini said. 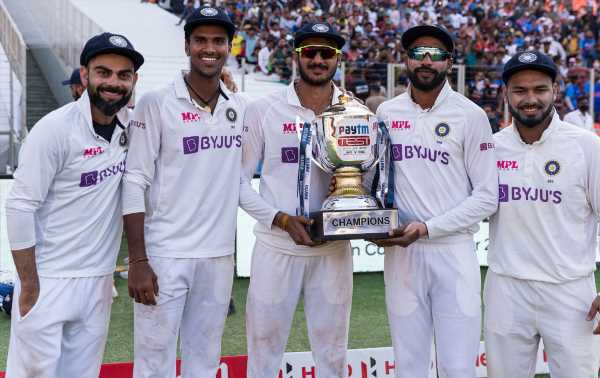