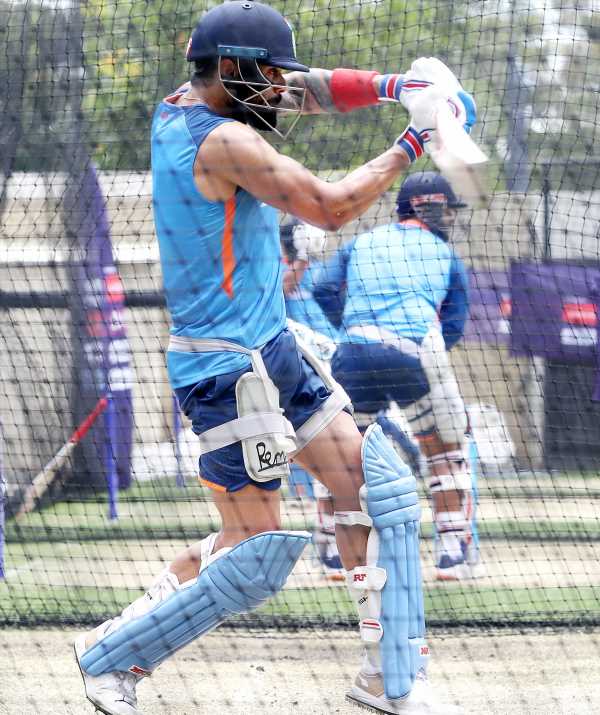 Ahead of the T20 World Cup semi-final against England, Indian batters are getting knocked hard when training in the nets.

On Tuesday, Rohit Sharma got an injury scare.

On Wednesday, Virat Kohli was struck in the groin by a delivery from his Royal Challengers Bangalore team-mate Harshal Patel.

Kohli appeared to be in pain and later left the nets.

The blow isn’t serious, and there’s nothing to worry, reports said. Virat will play Thursday’s semi-final against England at the Adelaide Oval.