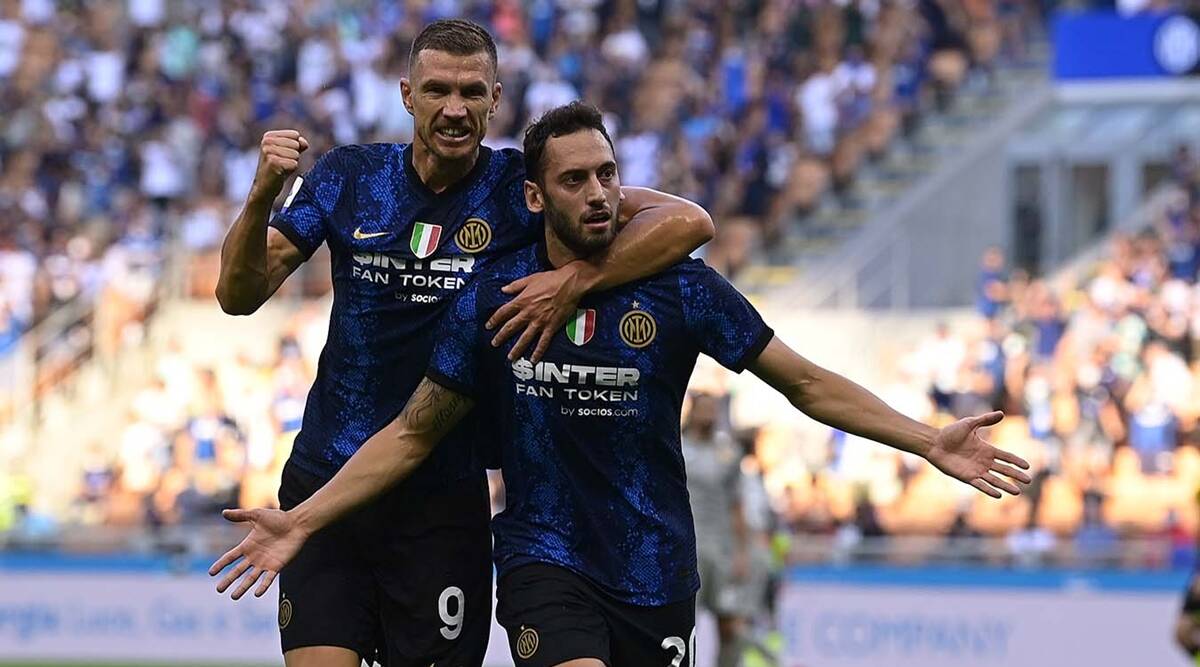 New signing Hakan Calhanoglu scored one goal and set up another as Inter Milan got their Serie A title defence off to a winning start with a 4-0 victory at home to Genoa. 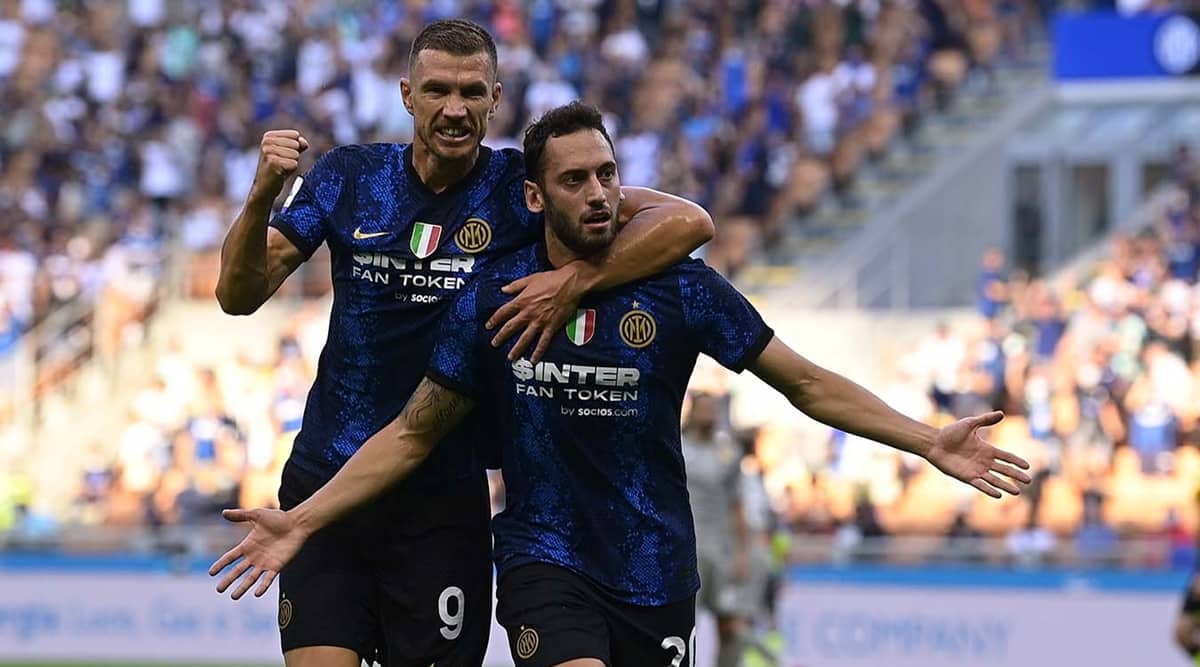 New Inter Milan signing Hakan Calhanoglu scored one goal and set up another as the Nerazzurri got its Serie A title defense off to a winning start with a 4-0 victory at home to Genoa on Saturday.

Calhanoglu set up Milan Skriniar’s early opener and doubled Inter’s tally in the 14th minute. Arturo Vidal effectively sealed the victory in the 74th before Edin Dzeko opened his league account for Inter in the final minutes.

Inter also hit the crossbar and had a goal ruled out as the Nerazzurri showed that critics might have been too quick to write off their chances of retaining the title after a summer of change at the Serie A champion.

Inter won its first title since 2010 last season — ending Juventus’ nine-year grip on the title — but shortly after Antonio Conte left and the club had to sell two of its top players in Romelu Lukaku and Achraf Hakimi.

It took Inter just six minutes to enjoy its first league goal of the season as Çalhanoglu floated in a corner from the right for Skriniar to head into the far side of the net.

Calhanoglu got on the scoresheet himself eight minutes later as he played a one-two with fellow new signing Dzeko before curling into the bottom right corner from more than 20 yards out.

Dzeko hit the crossbar in the 24th and Ivan Perisic had a goal ruled out for offside in first-half stoppage time.

Inter pressed hard for the third and eventually got it with 16 minutes remaining. Genoa goalkeeper Salvatore Sirigu could only parry Dzeko’s effort and Nicolo Barella flicked on the rebound for Vidal to sweep in from close range.

Dzeko, who joined from Roma recently, finally got his goal with three minutes remaining as he headed in a ball from Vidal.

Inzaghi’s replacement at Lazio, Maurizio Sarri, also got off to a winning start but the visitors had to bounce back from an early scare to win 3-1 at newly promoted Empoli.

The home side took a surprise lead in the fourth minute when Filippo Bandinelli finished off a counterattack, but Sergej Milinkovic-Savic headed in the equalizer just two minutes later.

Empoli threatened to restore its advantage but Bandinelli’s strike came off the left post. Instead it was Lazio which took the lead in the 31st when Manuel Lazzari played a one-two with Milinkovic-Savic before placing an angled drive into the bottom left corner.

Empoli midfielder Nedim Bajrami had a shot cleared off the line by Luiz Felipe in the second half and also saw a effort crash off the crossbar in stoppage time.

After finishing third in the past three seasons, Atalanta is looking to again challenge for the title and goals at either end of the match saw it win 2-1 at Torino.

Luis Muriel scored in the sixth minute but Torino looked to have earned a well-deserved point when Andrea Belotti’s effort was deflected in with 11 minutes remaining.

However, substitute Roberto Piccoli — who had only come off the bench in the 83rd — snatched a late winner in stoppage time.

Verona captain Miguel Veloso was sent off on the stroke of halftime following a second yellow card.