After angering Portugal Coach Fernando Santos with his reaction to being substituted in the last group game against South Korea, Cristiano Ronaldo found himself benched for Tuesday night’s game against Switzerland.

Portugal’s captain was left out of the starting line-up for the first time in memory, with Goncalo Ramos selected at his expense. 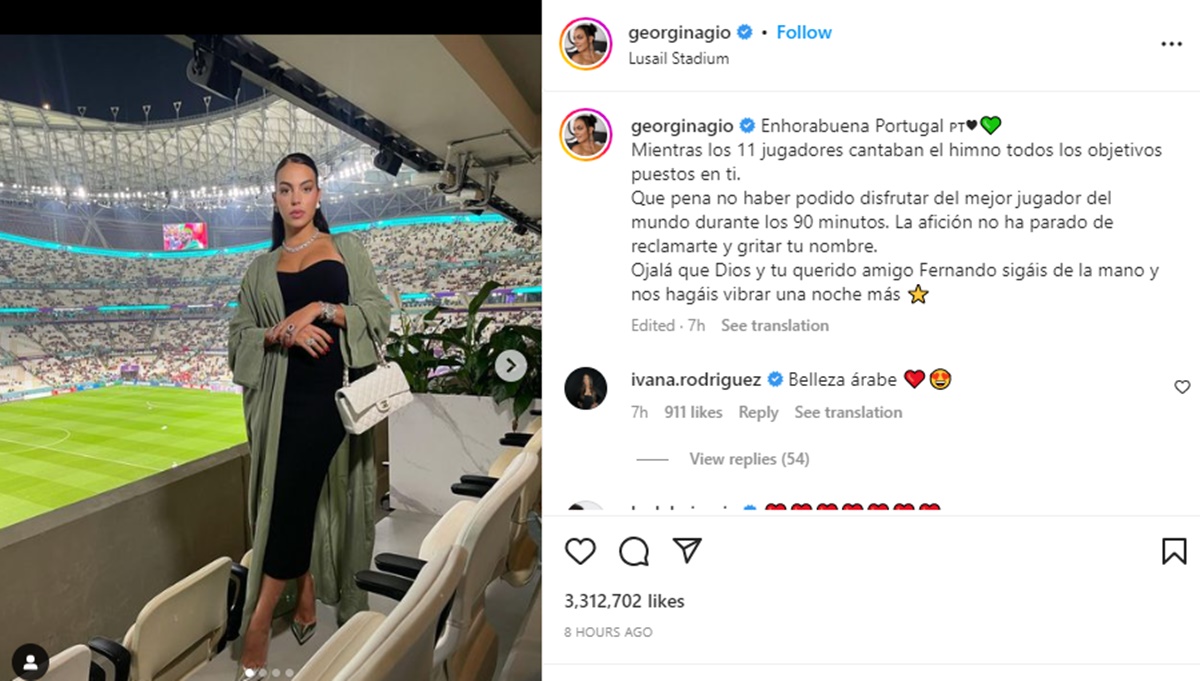 One of the two biggest names in world football was forced to sit on the substitute bench.

Ronaldo’s model girlfriend Georgina Rodriquez launched a scathing attack on Santos on Instagram: ‘Congratulations Portugal. While the 11 players sang the anthem, all eyes were on you. What a shame not to have been able to enjoy the best player in the world for 90 minutes.’

‘The fans did not stop asking for you and shouting your name. May God and your dear friend Fernando continue hand in hand and make us vibrate one more night.’ 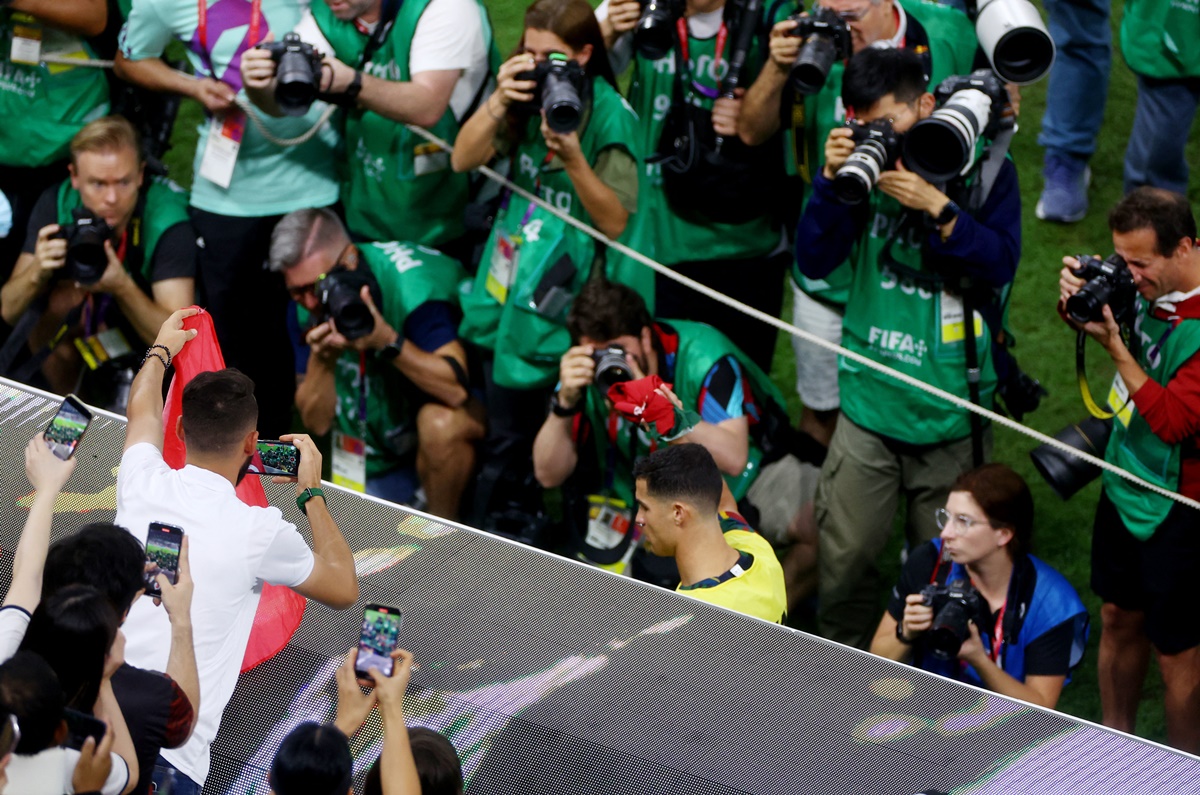 Posting an image of the team on Instagram, Ronaldo’s sister Elma Aveiro wrote, ‘Today we are all together, if you think it has to be like this I am here to see it.’

After one follower called Ronaldo’s omission a ‘major injustice’, Elma posted another message: ‘I don’t know why and I don’t understand it, but I’m sure we’ll have the answers from God later, he doesn’t fail, let’s see.’

‘Now they ask for forgiveness and they don’t need him.’

‘It is a shame to humiliate a man who has given so much.’

‘Amazing day for Portugal, with a historic result in the biggest contest in world soccer. Luxury exhibition by a team full of talent and youth,’ Ronaldo posted on Instagram after the contest.

‘Congratulations to our national team. The dream is alive! To the very end! Come on, Portugal!’