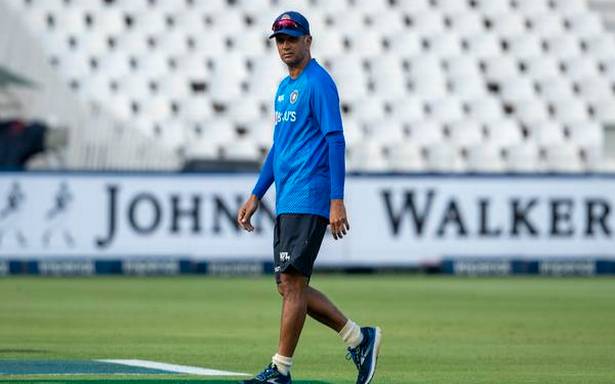 Rahul Dravid’s visage couldn’t quite mask the feeling of disappointment.

But then the batting legend is always sporting and gave credit to South Africa for pulling off a seven-wicket win in the second Test here on Thursday.

“They are always a tough team to beat at home. If you see the first Test, there were many close moments as well. We bowled well and crucially K.L. Rahul made a hundred,” the India coach said.

Dravid said it was important in these conditions for at least one batter to consolidate on the start and make a big score. “Rahul made a century in the first Test and we won. Elgar remained 96 not out here and South Africa won.”

The India coach added, “Had we got 60 to 70 runs more in the first innings, it would have made a big difference. That is why we want the batters to build on starts.”

Dravid had words of praise for Hanuma Vihari. “He batted well in both innings. In the first, he got a nasty ball. In the second, he batted beautifully.”

About Vihari’s injury — he took a nasty blow while fielding at short-leg on day four — Dravid said, “I don’t know about the extent of the injury yet.”

Dravid pointed out that the injury to Mohammed Siraj in the first innings hurt the side. “He bravely came back, put his body on the line and bowled but was not the same bowler.”

The India coach added, “Siraj has not fully recovered from his injury. His fitness will be monitored going into the third Test.”

On skipper Virat Kohli’s fitness, Dravid said, “The reports I am hearing about him are good. He is making good progress. He had a few runs around the ground, had a few throwdowns.”

Dravid said, “We knew 240 was difficult to defend but believed it was a competitive score. We’ve got to seize the key moments in the game.”

Asked about Rishabh Pant’s rash shot in the second innings, Dravid said, "In the sense that, we know Rishabh is a positive player and he plays in a particular manner which has gotten him success. But yeah, of course, there are times, we will have a level of conversations with him around, it is just about the timing of that shot you know."