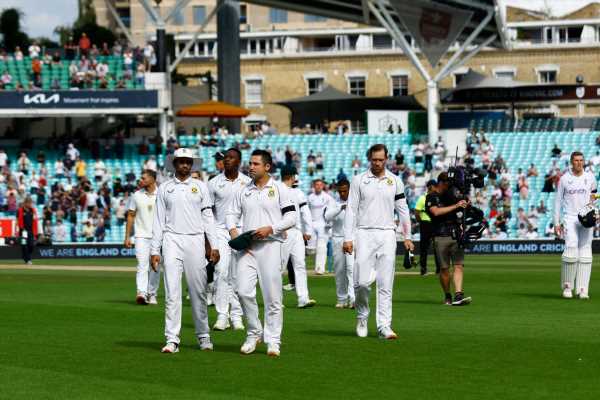 South Africa captain Dean Elgar said his side are “salivating” at the prospect of playing at the Gabba in the series opener against Australia and backed his bowlers to make the most of the green-tinged track in Brisbane.

The Gabba, which hosts the first of three tests between the teams starting on Saturday, has long been a fortress for Australia, who have lost just once at the ground since 1988.

South Africa have failed to win a test at the Gabba in their four previous attempts, the last of which was a draw in 2012.

“The history here is not in our favour, and that’s OK,” said Elgar.

“We’ve been here for two weeks and are salivating for this moment.”

“It does look a little bit friendly for our bowling unit, which is nice. We come from South Africa where the wickets are pretty green and juicy. Our bowling is our strength, I’d rather be facing them in the nets than in a game.”

Elgar said he had told his side to play with courage and to push themselves to the limit, as South Africa go in search of a fourth consecutive series win on Australian soil.

“You’ve got to have the mindset of ‘play to win’, that’s something I have been speaking at length within our squad,” Elgar said.

“Australia is such a tough place to play cricket, but it’s also such a rewarding place to play if you get things right. You’ve got to go beyond, beyond what you’re used to and savour the moment.”