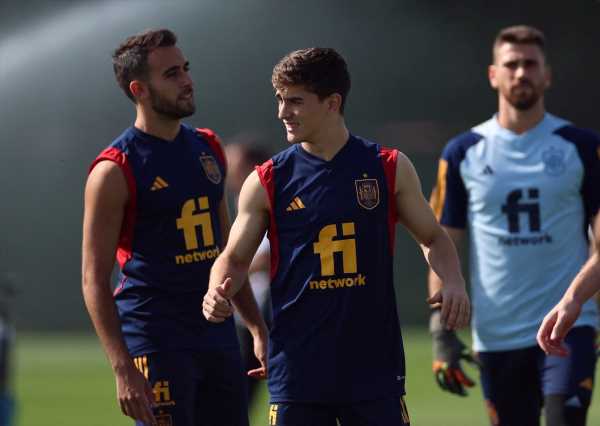 Spain have learned lessons from the 2-1 loss to Japan that threatened to knock them out of the World Cup and are aware they cannot afford to make the same mistakes against Morocco, Rodri Hernandez said on Sunday.

Spain’s 2-1 loss to Japan in the final group game after the Asian side scored two quick-fire goals dropped them to second in the group, and there was a three-minute period when they were third after Costa Rica took the lead against Germany.

Ultimately, Germany did Spain a favour by beating Costa Rica but Rodri admitted those three difficult minutes unnecessarily complicated their own match before they sealed progress to the last 16.

“Now a new competition is beginning. There is always analysis on what we can improve on, even after the games when we’ve played well,” Rodri told reporters ahead of Tuesday’s game against Morocco who surprisingly topped Group F.

“The other day there weren’t that many things to improve on because it was a 10-minute collapse and this is what we have to do better. We’ve been warned that this cannot happen again.

“The coach has been clear, the players have assumed responsibility and we’re training happily, wanting to be in the next round and knowing that we can get there.”

Although Rodri plays as a midfielder for Premier League champions Manchester City, the 26-year-old has been deployed at centre back by Spain coach Luis Enrique at the World Cup.

“My role in the team is the same as any central defender, to pass out from the back, to give consistency and solidity to the team. Each player has a clear role,” Rodri said.

“I try to exploit my characteristics. I help to come out with the ball played from the back. Our opponents give us little space between the lines, so the central defender is very important in our scheme.

Morocco are in the last 16 for the first time in 36 years and though Rodri said they would be tough opponents, particularly Hakim Ziyech.

“They have very good quality players and they work very well in a collective way, it will be a very tough and very even match. They knocked out Belgium. We should have a good day to beat them,” he said.

“(Ziyech) is a great player, he’s playing very well… Very dangerous when he shoots. But I think Morocco have great players, not just Ziyech.”