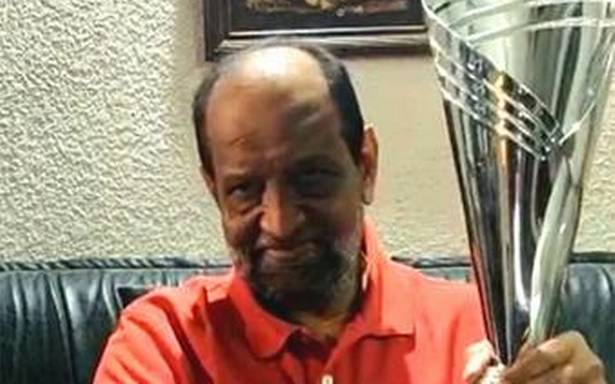 G.R. Visvanath was conferred the ‘Lifetime Achievement Award’ while Sachin Tendulkar, M.S. Dhoni and Mithali Raj were also honoured in the 2021 Sportstar Aces Awards on Friday.

“To receive a recognition of this nature at this stage of my life is an unexpected and very pleasant surprise,” Visvanath said.

Tendulkar shared his ambitions for the sport in the country in the years to come. “I hope India moves from being a sport-loving nation to a sport-playing one. We will have a younger, healthier and fitter India,” said the 47-year-old, who was honoured with the ‘Inspirational Giant of Indian Sport’ award.

India ODI captain Mithali credited her support staff and coaches on winning the ‘Sportswoman of the Decade’ (Cricket). “ I would like to acknowledge the contribution of various coaches who have worked tirelessly towards the growth of my game and my physios and trainers who worked very hard on my fitness and injury management,” she said.

The 2011 World Cup-winning Indian team was also honoured with the ‘National Team of the Decade’ award, coincidentally on the 10th anniversary of the triumph.

Anantapur Sports Academy won the inaugural Sportstar Aces ‘Sports for Good’ award their work in rural Andhra Pradesh using grassroot sports programmes as a tool. “We decided to institute this award to recognise dedicated organisations who are using sport as a medium of social change to benefit rural youth. We hope this motivates others to follow their example,” said Malini Parthasarathy, Chairperson, The Hindu Publishing Group.