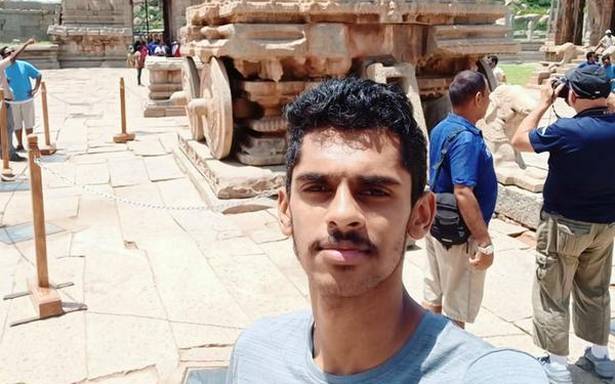 He was virtually flying in April, producing some big jumps, but something went wrong for long jumper M. Sreeshankar in early May. He felt weak, it was tough to push himself and with the Olympics close, desperation set in.

For someone who had leapt to a National record 8.26m in the Federation Cup in March, there was a shocking slump in Sreeshankar’s form in June and July. The 22-year-old could only manage 7.74m (Indian GP) in June and 7.69, his poorest jump this year, at the Tokyo Olympics.

“My body felt very weak then. To get the sort of jumps I produced (at recent meets), I don’t even need a short approach. During training, there have been sessions when I felt disappointed after jumping 8.10m,” said Sreeshankar in a chat with The Hindu from JSW’s Inspire Institute of Sport (IIS), Vijayanagar in Karnataka.

“I don’t know whether it was the COVID vaccine, I had gastric issues after my first shot on May 4 and everything was slow after that. I had to abandon six training sessions because I wasn’t really well.

“Some doctors said I may have had asymptomatic COVID during this period,” he said.

Tests conducted at the IIS over the last few days reveal that Sreeshankar had suffered muscle imbalance, the reason for his misery.

“The medial part of my left leg was very weak, that’s why the strength imbalance. So the whole mechanism of my running and jumping was affected.

He is now undergoing four weeks of intensive rehabilitation, which includes a daily morning session with strength and conditioning coach Spencer Mackay, at the IIS.

He also consulted orthopedic surgeon Dr Dinshaw Pardiwala, who had set right Neeraj Chopra’s elbow in 2019, when he came for the JSW function to honour Olympians on Saturday.

“He told me there was nothing but biomechanical issues involved. The strength imbalance in some part of my glutes or back needs rehabilitation. Within a few weeks, I should be fine,” he said.

“In April, I was in great form. If we had continued that, definitely I would have hit 8.30m-plus range. I thought Tokyo’s fast Mondo track would have been the perfect stage to hit my best. But it was completely different.

“I am now confident that I will come back to my 8.30m form. My main target now is next year’s World Championships (US, July). I want to prove myself there. Once I get everything sorted out, if I’m healthy enough, then bang!”

Neeraj, Sreeshankar’s flatmate at Tokyo, had some inspiring words when they met again on Saturday.

“Neeraj told me, ‘you’ll surely bring the gold next time’.”