Kiwi speedster announces his IPL arrival in stupendous fashion as KKR prevail in Super Over. 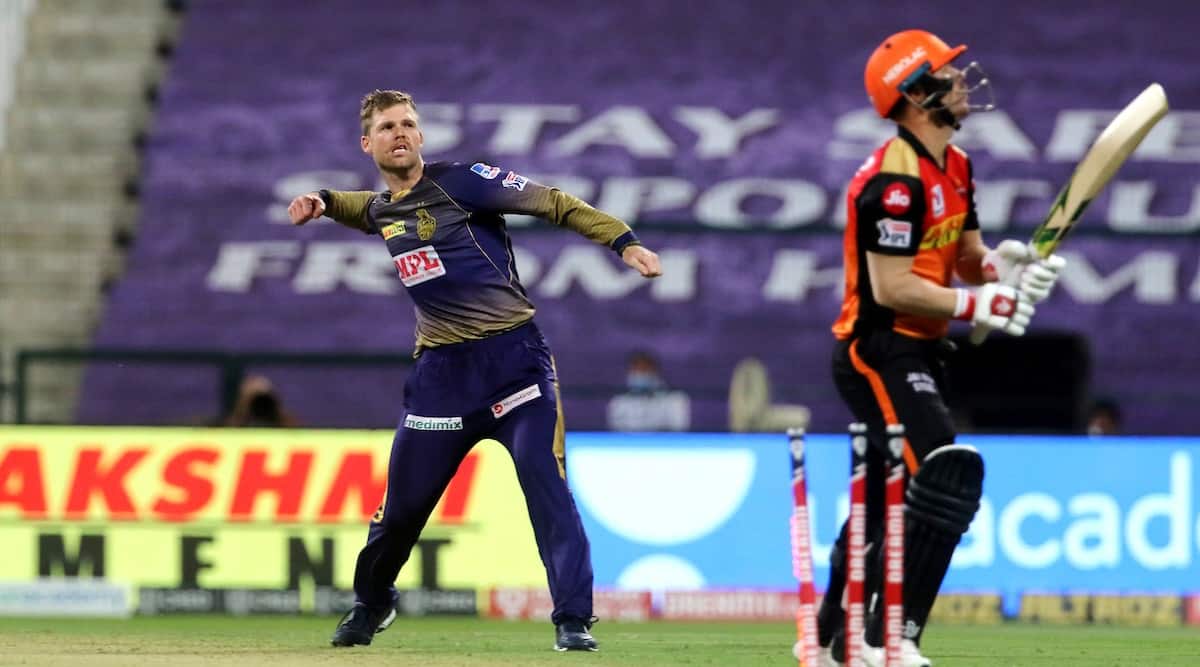 Seldom has a fast bowler ever influenced an IPL game as tellingly as Kolkata Knight Riders’ Lockie Ferguson against Sunrisers Hyderabad. As if his four astounding overs in regular time were inadequate, he delivered the perfect Super Over to enable his side to sneak in a victory that seemed distant before his intervention. Knight Riders had no hesitation in letting Ferguson, playing his first IPL match of the season. bowl the Super Over, and he killed the contest in three balls. The first, a good-length ball at pace, disarrayed David Warner’s stumps. The second, a short-of-length ball, was miscued for a brace. The third, a slightly fuller off-cutter, thumped Abdul Samad’s middle stump. The target of three was too measly for KKR to mess it up.

Only Warner seemed capable of spoiling Ferguson’s dreamy evening, but in the inky skies of Abu Dhabi, Ferguson’s name was written in bold. 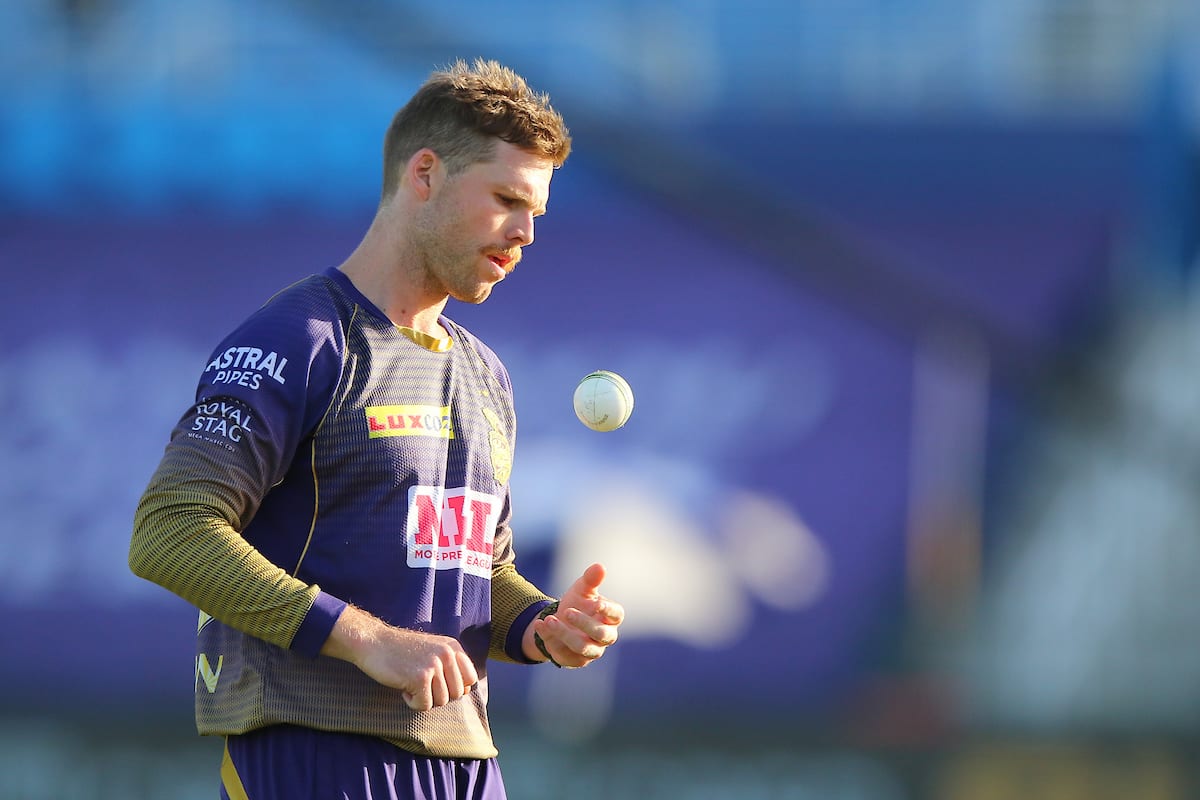 In the deafening silence of the Abu Dhabi’s Sheikh Zayed Stadium, Ferguson rediscovered his rhythm. Playing his first IPL game of the season and only the 10th in three years, the Kiwi was always daunted by the IPL massive crowds in the pre-pandemic years. “I couldn’t get over the noise,” he said in an interview on the KKR website recently. He offers the logic too: “I think it was difficult to measure for a Kiwi because for the Black Caps, a crowd of 20,000 is a big crowd.”

Bereft of a crowd, on a relatively sluggish surface, Ferguson’s searing pace was hotter than the blazing sun. Manish Pandey would admit. The Sunrisers batsman thought he had sized up the delivery and offered the likeliest stroke to avert the looming danger. He tried to dig out a flat and flaming yorker, dipping and tailing into his off-stump. But even before his hands could execute the orders of his body, the ball had blasted the off-stump.

Pandey was Ferguson’s third wicket of the evening, and he had nearly single-handedly pulled his team back from the jaws of a certain defeat. Hyderabad were 58 in six overs, chasing 164 for victory, when he took out his national team captain Kane Williamson. Next over, after a pace barrage, he deceived Priyam Garg with change of pace. The side-of-the-hand off-cutter barely nudged 120 kmh, as the young Indian batsman swiped at thin air.

As much as his pace and the mastery in changing pace, Ferguson’s accuracy of length and line stood out. He mostly peddled back of length, angling into the right-hander and pitching in the corridor. The IPL in the desert has been something of an oasis for fast bowlers, the out-and-out-ones, and Ferguson’s rise has further bolstered the narrative. His match figures – 4.3-0-17-5 – tell a vivid tale. 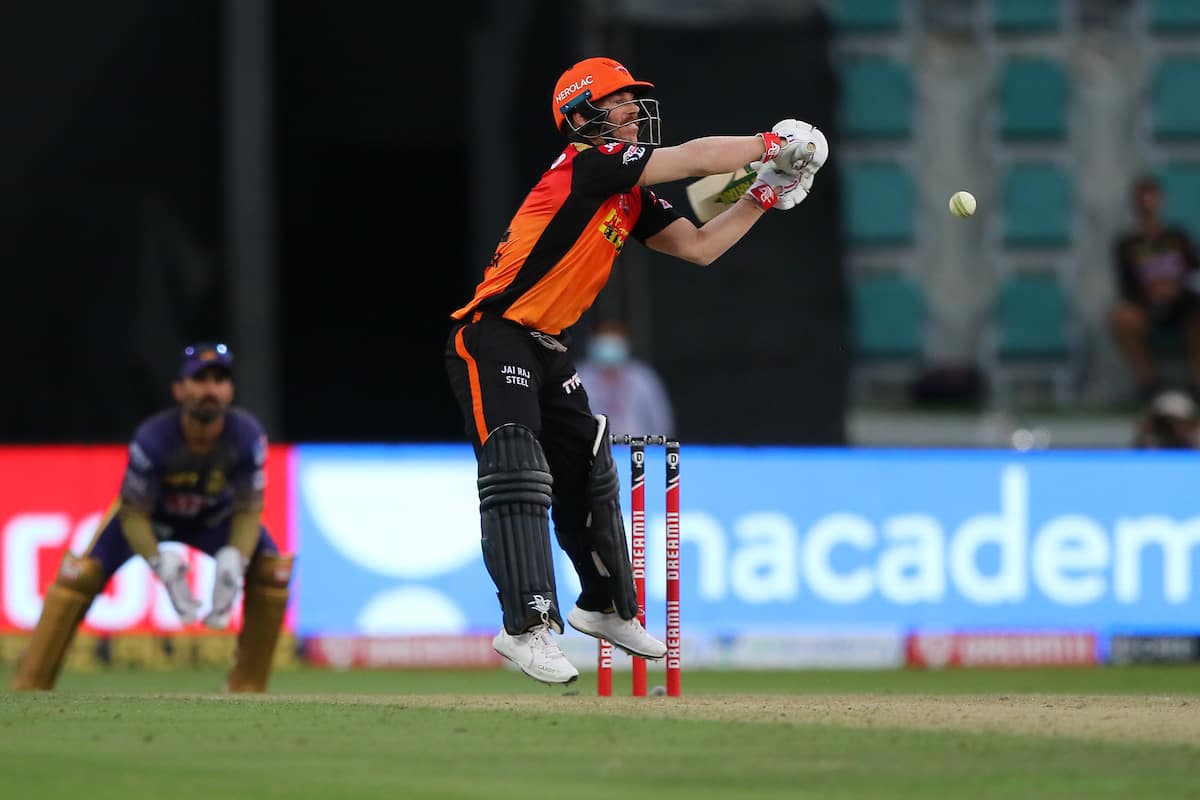 It might have been by sheer default that Warner ended up batting down the order — to enable the injured Williamson the freedom of Powerplay field restrictions. For someone who has batted most of his career at the top of the batting order, Warner hardly struggled in his new role. He nearly orchestrated a calculated chase, in the face of a proper fast-bowling assault by Ferguson.

It was the evening he appropriated Dhoni, guarding his wicket, running hard, keeping the chase alive and bringing it down the wire. Sunrisers required 18 from the last over, bowled by Andre Russell. When Warner got the strike, they needed 16 off five. The next three deliveries thundered to the ropes in typical Warner fashion. All shoulders and forearms. But off the last two, he managed just three, taking the match to the Super Over. His side was beaten, but the chase shed another dimension of Warner’s batting.