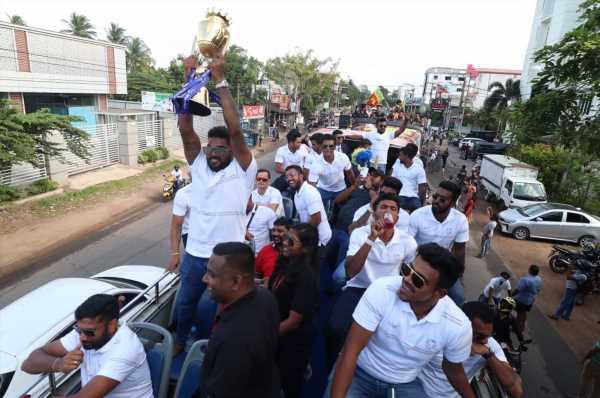 After the Asia Cup champions were greeted by Sri Lanka Cricket officials at the Bandaranaike international airport, they took off in a double-decker bus, touring Colombo with fans cheering them on. 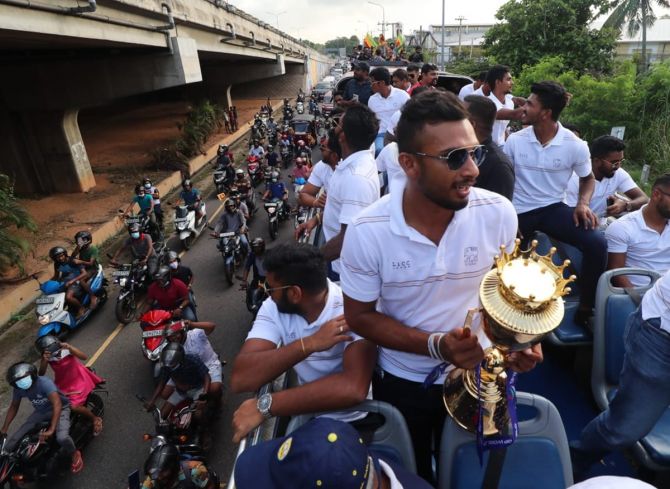 Winning the Asia Cup, Sri Lanka Captain Dasun Shanaka said, would help the team’s preparation for next month’s Twenty20 World Cup. Sri Lanka — who have had a poor run in T20Is this year — have to qualify for the main competition.

‘Believe in our cricketers,’ Shanka told his fellow islanders. ‘A lot of bad things are going around. As cricketers, they too should enjoy their lives as well… They have private lives too.’ 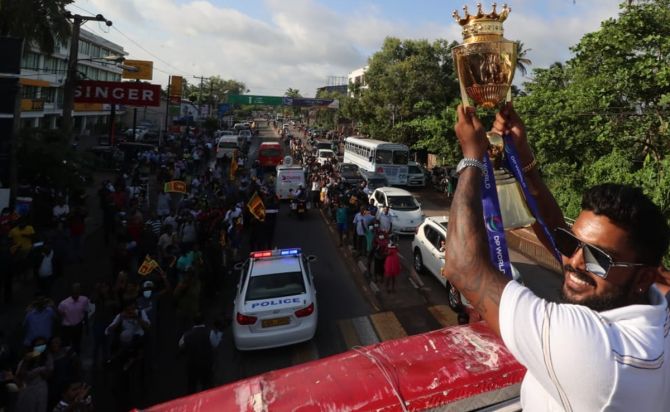 The Asia Cup win, Shanaka said, could be a stepping stone for greater things to come for Sri Lanka cricket, which has done poorly in recent times. ‘Even 2-3 years back, the team used to play good cricket, but the winning factor wasn’t there,’ the skipper added.

‘This could be the turnaround in our cricket, this lot can continue to play for five-six years, which is a very good sign.’ 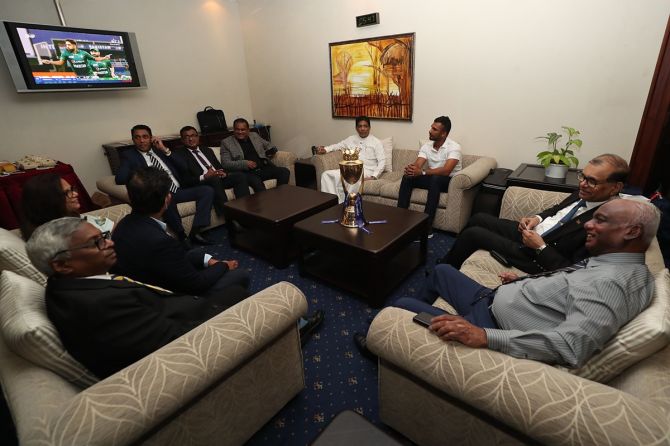 ‘The World Cup qualifiers will also help because it will allow us to play in those conditions before the main tournament happens,’ Shanka explained. ‘It will be really good.’ ‘We didn’t have anything to prove about us being a good team,’ Shanaka said.

‘The only thing is we weren’t probably ranked high enough, but with this team, we can do better and become that high-ranking team.’