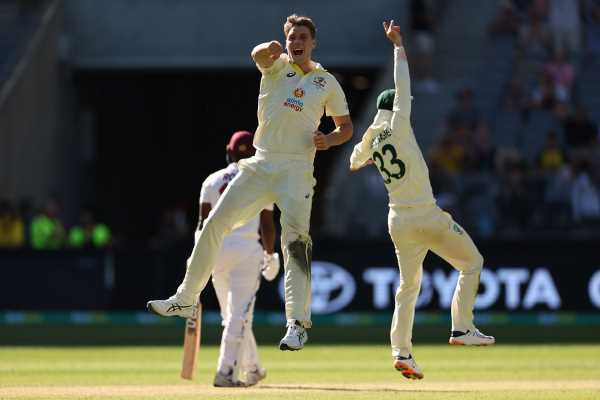 The West Indies showed heart but lacked a batting anchor on Friday, as Australia were clinical in reducing the tourists to 283 all out and building a lead of 344 runs on day three of the firstTest in Perth.

The hosts, who had a put up a massive first innings score of 598-4 before declaring, opted not to enforce the follow-on and reached 29-1 at stumps.

Paceman Josh Hazlewood bowled the first over of the day to Guyanese opener Tagenarine Chanderpaul, resuming from an entertaining day two knock of 47, who quickly experienced the highs and lows of Test cricket.

After bringing up a half-century on his debut – just as his father Shivnarine did against England in 1994 – the 26-year-old immediately nicked the ball to David Warner at second slip and departed for a 79-ball 51.

A venomous 140 kph bouncer from Cameron Green hit Nkrumah Bonner on the side of the helmet, forcing the number three batsman out of the game, retired hurt on 16. 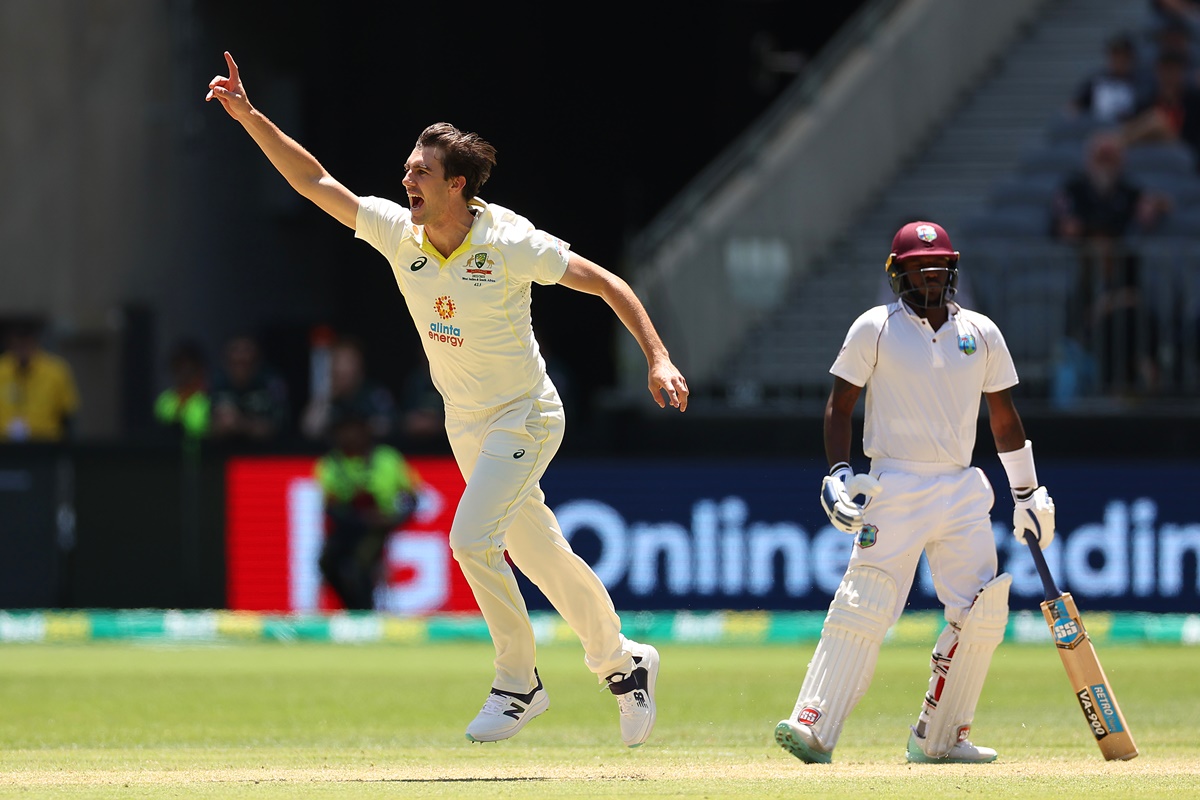 The strangest moment of the day came prior to lunch, when stadium security removed a “Justice for JL” banner, ostensibly for obscuring advertising boards, from a parochial group of fans supporting former Australia coach Justin Langer.

Langer, a Perth local, last week denied falling out with players after saying that unnamed “cowards” in the team had criticised his coaching methods via the media.

Australia captain Pat Cummins (3-34) ensured his side began the second session strongly by clean bowling his counterpart Kraigg Brathwaite (64), the 200th wicket of his test career.

Kyle Mayers (1) fell in the same fashion three overs later to an inswinger by Mitchell Starc (3-51), who also accounted for Jermaine Blackwood (36) and keeper Joshua Da Silva (0) quickly after tea.

Concussion substitute Shamarh Brooks (33) delivered Green his only wicket mid-way through the final session, but the West Indies tail did not wag and the last four wickets fell for 17 runs.

Earlier in the day, ex-Australia captain Ricky Ponting was taken to a Perth hospital after suffering a heart problem whilst commentating on the match. [UKL1N32S0IR]