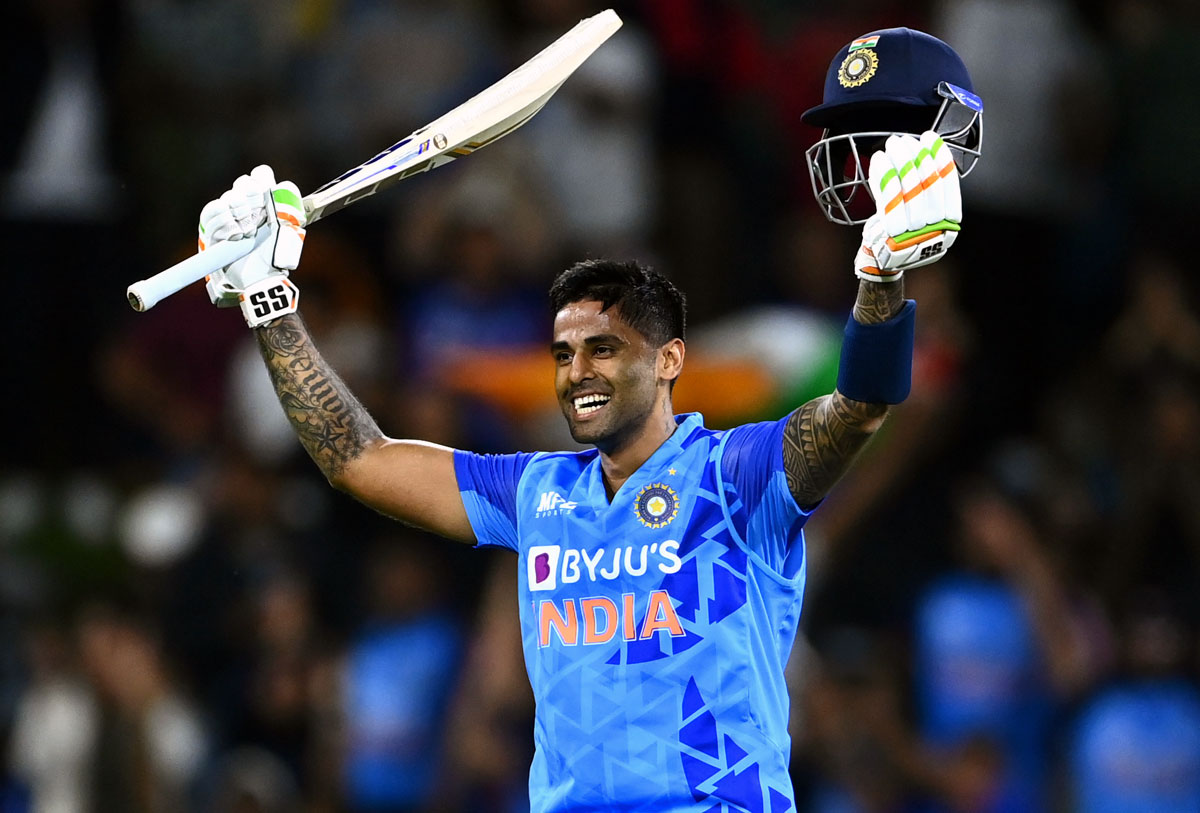 India’s latest batting sensation Suryakumar Yadav was named ‘ICC Men’s T20I Cricketer of the Year’ on Wednesday following a brilliant good run in the shortest format of the game.

The 32-year-old Mumbai Indians star had a stellar 2022, bettering an array of records and setting a benchmark in the format.

However, India vice-captain and last year’s ‘Cricketer of the Year’ Smriti Mandhana lost out to Australia’s Tahlia McGrath in the women’s category.

Popularly known as ‘SKY’, Suryakumar is only the second batter, after Pakistan’s Mohammad Rizwan, to score more than 1000 runs in a calendar year in Twenty20 Internationals. He ended the year as the highest run-getter, with 1164 runs, at a strike-rate of 187.43.

Suryakumar garnered a stunning 68 sixes during the year, easily the most recorded by any player in a year in the format’s history.

He was also the key batter for India through the year, smashing two hundreds and nine half-centuries.

He was at his stupendous best during the ICC Men’s T20 World Cup 2022 in Australia as he registered three fifties in six innings, averaging nearly 60.

Having already recorded a ton earlier in the year, he continued his brilliant year after the multi-nation tournament, scoring his second hundred in T20Is in the bilateral series in New Zealand.

He also ended up as the top-ranked T20 player, achieving a career-high 890 rating points.