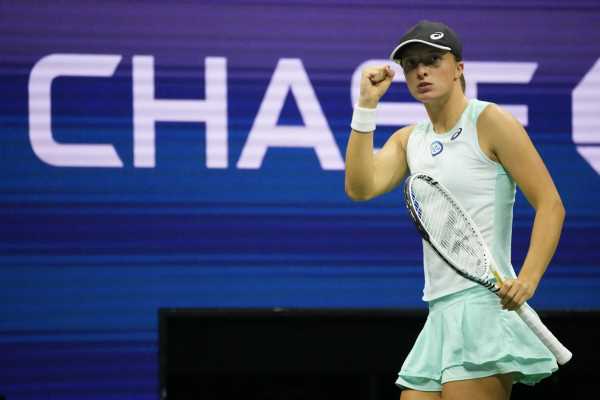 Poland’s world number one Iga Swiatek will look to underline her claim as tennis’ fiercest champion when she faces off against Tunisian Wimbledon finalist Ons Jabeur in Saturday’s final at the US Open.

Swiatek quickly picked up the torch from shock retiree Ash Barty earlier this year when the Australian called time on her career at 25, collecting a second French Open title during a staggering 37-match unbeaten streak.

The clay specialist showed she could be lethal on hard courts, too, with wins at Indian Wells and Miami, and despite a pair of early exits in Toronto and Cincinnati looks perfectly in-form at Flushing Meadows and ready to add another title to her stellar season.

“Even though I lost in Toronto and Cincinnati pretty early, you’re going to kind of have your chances and you have to be ready,” she told reporters, after recovering from a set down to beat Aryna Sabalenka in the semi-final.

“I’m pretty happy that on this tournament I just was kind of fresh actual mentally to actually use the chances.” Standing in her path is hard-hitting fifth seed Jabeur, Tunisia’s “Minister of Happiness,” who wrote herself into the history books as the first African woman to reach the final in New York.

A crowd favourite for her creative playing style, she rolls into her second straight Grand Slam championship match brimming with confidence, with lessons learned from her heartbreaking loss at the All England Club to Kazakhstan’s Elena Rybakina.

“I just feel like now I can do whatever I can do and what I want to do on the court, which is surprising for me and I surprise myself so many times. It’s going very well, especially this tournament,” said Jabeur, who flattened France’s Caroline Garcia 6-1, 6-3 in the semi-final.

Swiatek and Jabeur have something of a burgeoning rivalry, with their career head-to-head tied up at two apiece. Swiatek most recently triumphed in the Rome final on clay, while Jabeur got the upper hand in their last hard court meeting in Cincinnati last year.

“There are a lot of challenges because she’s a really solid player,” said Swiatek.

“She has different game style than most of the players. She has a great touch. All these things mixed up, yeah, she’s just a tough opponent. That’s why probably our matches are, yeah, always kind of physical and really tight.”

Jabeur said she was all too aware of the challenge that awaits in Arthur Ashe Stadium: “Iga never loses finals.”