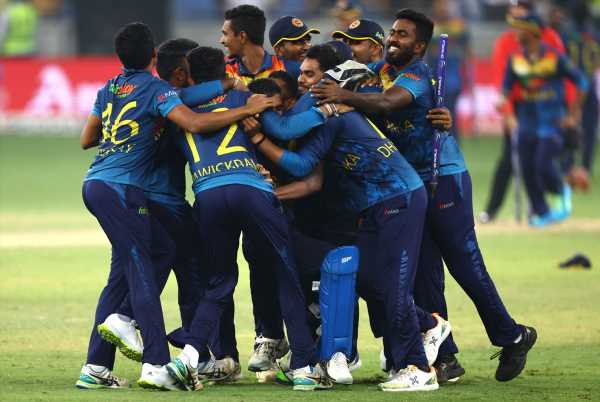 That Sri Lanka are having to play in the group stage of the Twenty20 World Cup shows the extent of their decline since winning the title in 2014 but their recent Asia Cup triumph suggests they could spring a surprise or two in Australia.

After losing home and away series to Australia either side of a 3-0 whitewash in India in February, Sri Lanka’s eight-wicket thumping by Afghanistan in their Asia Cup opener appeared to be a continuation of that slump.

However, they went on to string together five wins in a row to take home the trophy ahead of powerhouses India and Pakistan in a timely boost to their hopes of a second 20-overs World Cup title in Australia.

“If we make the right decisions on the day and execute our plans, I’m certain we can come out victorious,” Dasun Shanaka, whose captaincy appears to have galvanised the side, told reporters before flying to Australia.

“Even at the last World Cup, I felt we had the talent to at least make the semi-finals. The important thing is your ability to play and deliver on the day.” Opener Pathum Nissanka, middle order batter Bhanuka Rajapaksa and Shanaka must put runs on the board but spin-bowling all-rounder Wanindu Hasaranga’s form will be key to Sri Lanka’s progress in the tournament.

A feisty leg-spinner who can be equally destructive with the bat in the lower order, Hasaranga is third in the rankings for bowlers and fourth among all-rounders in the 20-overs format.

There were some doubts about fast bowlers Dushmantha Chameera and Lahiru Kumara but both appear fit having gone through their bowling quotas without any issue in a preparatory camp in Kandy.

Sri Lanka will face Namibia in the tournament opener at Geelong on Sunday.