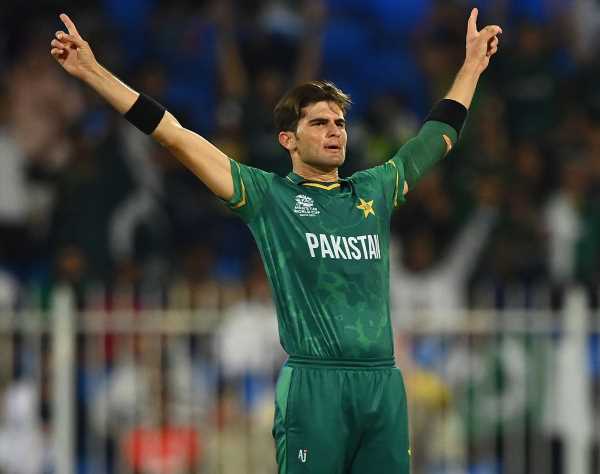 ‘India has got the quality in their top 3 or 4 who can definitely take on Shaheen Shah Afridi.’

India must look to score runs off Pakistan left-arm pacer Shaheeh Shah Afridi instead of trying to play out his overs when the two arch-rivals clash in the T20 World Cup, former cricketer Gautam Gambhir said on Wednesday.

India will take on Pakistan in a high-octane T20 World Cup clash at the iconic Melbourne Cricket Ground on October 23.

Afridi, who missed the Asia Cup with a knee injury, is dangerous with the new ball but Gambhir believes India’s top order has enough quality to deal with him.

“I know that he can be dangerous with the new ball, but again, irrespective, the Indian batters need to score more runs, get into better positions, and look to time the balls rather than to hit it.

“India will be fine because India has got the quality in their top 3 or 4 who can definitely take on Shaheen Shah Afridi,” the former World T20 winner added.

Former India pacer Irfan Pathan gave Rohit & Co a few tips on how to bat ‘smartly’ at the MCG which has long side boundaries.

“When you play at the MCG, the straight boundaries are not that big. It’s the side boundaries that are massive. Obviously, India need to be smart, especially the batting.

“Probably, it will be difficult to hit the side boundaries, so they have to play the gaps and probably convert the twos into threes and ones into twos, because running between the wickets will be very important,” he said.

Pathan said the key for the Indian bowlers against Pakistan’s openers Babar Azam and Mohammad Rizwan is to not give any width during the early overs.

“Don’t give them any width whatsoever, especially Rizwan, because he’s the guy who takes the Powerplay on his shoulders. Just try to get the pace going. Babar takes his time. So, you need to be aware of those situations and those batters,” he said.

“The line has to be on the stumps, with tight lines. And with both batters, the length changes slightly. When it comes to Rizwan, you can afford to bowl more fuller. You can try to hit him beneath the knee roll. This is where your line and length can be.

“And when it comes to Babar Aazam, you need to get him out LBW, but your aim should not be on his front leg, it should be behind his leg because he’s slightly open. This is where Arshdeep and Bhuvaneshwar Kumar come in with that in-swinging delivery,” he stated.