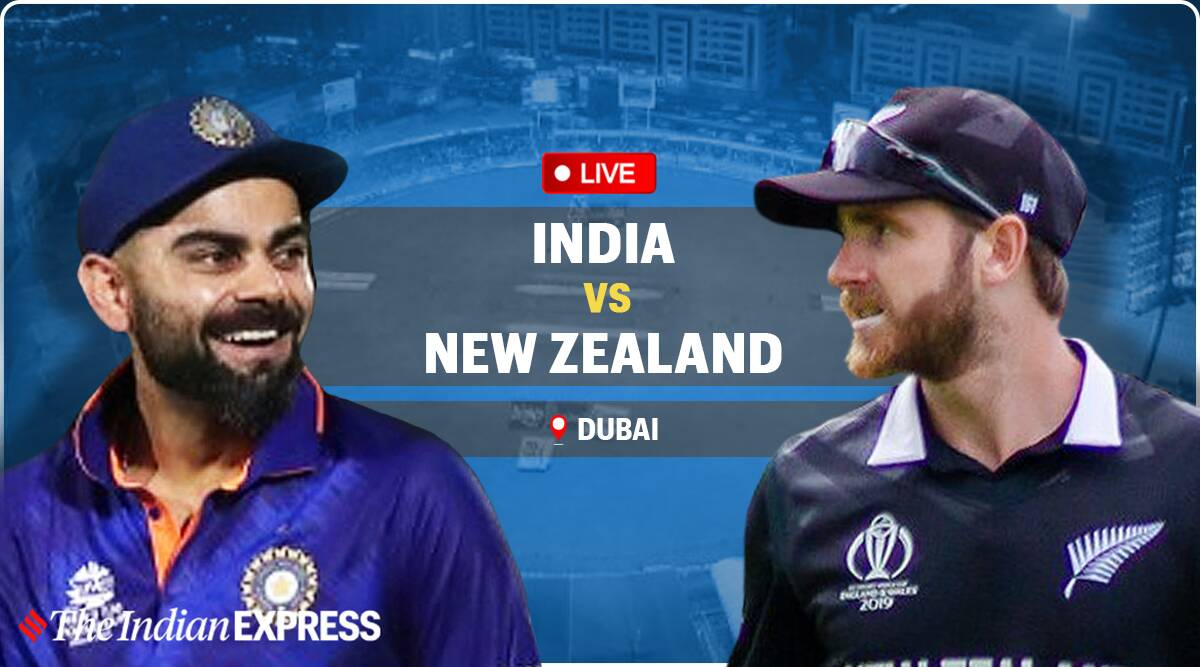 T20 World Cup, India vs New Zealand (IND vs NZ) Live Score Online Updates: Both teams tasted defeat at the hands of Pakistan in their respective opening matches of the tournament. The Virat Kohli-led side opened their campaign against rivals Pakistan and fell to a humiliating 10-wicket defeat. After being restricted to 151/7, India failed to stop the batting pair of Babar Azam and Mohammad Rizwan, who chased down the target with 13 balls to spare. Even New Zealand lost to Pakistan in their previous match as their opponents chased down a target of 135, owing to the late heroics of Shoaib Malik and Asif Ali. The Kane Williamson-led side will also be aiming for a victory on Sunday as the race for the second spot in Group 2 tightens.

India will have to contend with the speed of Boult. Here’s the man himself talking about the depth of the Kiwi bowling lineup

On this day, in 2005, MS Dhoni went into destroyer mode against Sri Lanka to notch up his highest ODI score. This time, Dhoni is in the mentor’s role of the Indian cricket team. Can this throwback inspire them against a very game NZ?

At the outset, a must-win game against a bogey team is never good news. New Zealand has inflicted ‘dignified’ hurt on India twice at ICC events in the last two years. A third time at the T20 World Cup on Sunday might force the tournament’s most glamorous outfit into an early exit.

Hello and welcome to the live commentary of the Super 12 match between India and New Zealand. Virat Kohli will be facing the most defining test of his captaincy career as he expects his men to be the proverbial “phoenix rising from the ashes” in Dubai today. Having endured a nightmare last Sunday against Pakistan, a match that they would like to forget in a hurry, India have a lot of course correction to do against the Kiwis, more so in getting the roles assigned for the players right.

It wont be easy against a quality New Zealand, which will come hard at India having also lost to Pakistan in their opening game. Tim Southee and Trent Boult, especially have been a nemesis for the Indians in big games. However, their soft underbelly is batting where Kane Williamson is still not hundred per cent and Martin Guptill also had a foot injury. It’s effective without being flamboyant, although, Devon Conway is a flashy batter. And herein lies India’s chance but for that, their bowlers need to implement the game plans perfectly, something they couldn’t against Pakistan.