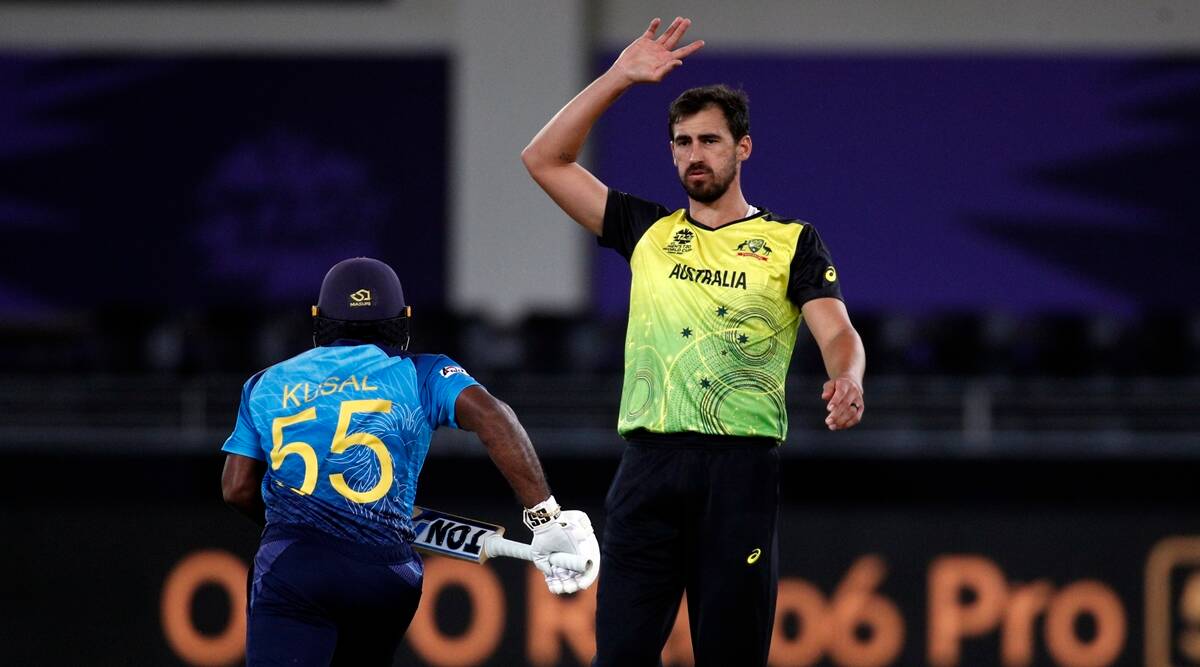 During Australia's second T20 World Cup match in Dubai, Mitchell Starc had landed his back foot on the return crease while bowling against Sri Lanka in the first innings. Mitchell Starc, the renowned Australia pacer, inadvertently exposed a flaw in the newly-introduced system for monitoring no-balls during his team’s Super 12 Group 1 contest of the T20 World Cup 2021 against Sri Lanka on Thursday.

Last year, the International Cricket Council (ICC) announced that third umpires would monitor the bowler’s landing foot after each ball, meaning on-field umpires no longer have to keep track of where the bowler’s front foot lands on the pitch.

During Australia’s second T20 World Cup match in Dubai, the 31-year-old Starc came around the wicket to right-handed batter Chamika Karunaratne in the penultimate over of the innings and got punished with a boundary over mid-off.

But during his action, Starc’s back foot had touched the return crease on the pitch. According to Law 24.5, “The bowler‘s back foot must land within and not touching the return crease appertaining to his stated mode of delivery.”

Although Sri Lanka should have been awarded a free hit for the no ball, both the on-field umpire and the third umpire missed out on the placement of Starc’s back foot. Even former India batsman Aakash Chopra raised the issue on social media.

Sri Lanka were restricted to 154/6 in the first innings and Australia chased down the target with 18 balls, registering a seven-wicket victory. While Starc finished with figures of 2/27, David Warner silenced his doubters with a 42-ball 65.

Australia fell to their first loss of the tournament against England on Saturday.