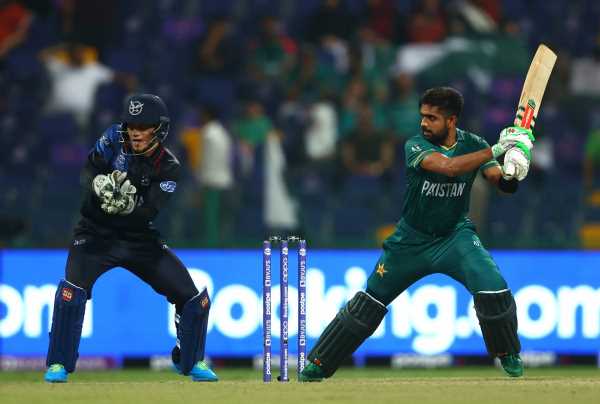 Images from the T20 World Cup match between Pakistan and Namibia, in Abu Dhabi, on Tuesday.

Skipper Babar Azam scored 70 and his opening partner Mohammed Rizwan smashed an unbeaten 79 as Pakistan stayed on course to seal a place in the semi-finals of the T20 World Cup after posting 189 for 2 against Namibia in the Super 12s game in Abu Dhabi on Tuesday.

Azam’s decision to bat first after winning the toss went against the tournament trend, with teams preferring to chase throughout the World Cup so far.

But Pakistan defied the norm to build a formidable total as they went in search of a fourth straight win in Group 2.

Mohammad Hafeez added polish to the innings with a sparkling 32 off just 16 at the end, as Pakistan scored an eye-watering 130 runs in the last ten overs. The tactic in the Powerplay was clear from Pakistan, who looked to see off dangerman Ruben Trumpelmann and bide their time before accelerating later in the innings.

Trumpelmann’s two overs first up went for just two runs, with Rizwan particularly conservative, scoring at a strike rate below 50 through the fielding restrictions, reaching just 29-0 after six overs.

But the Pakistani pair made hay after their steady start, pushing through the gears through the middle overs. 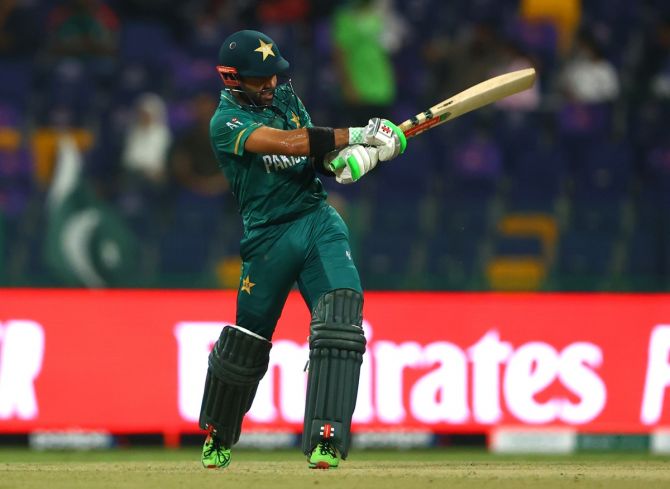 And the return of Trumpelmann in the 12th over was the perfect illustration of the change of mindset, with 18 coming off it and Azam reaching his 23rd T20I half-century off 40 balls.

The inspired Azam did eventually fall for 70, holing out to deep midwicket off David Wiese.

Fakhar Zaman was dismissed in the next over, caught superbly by Zane Green off Jan Frylinck. 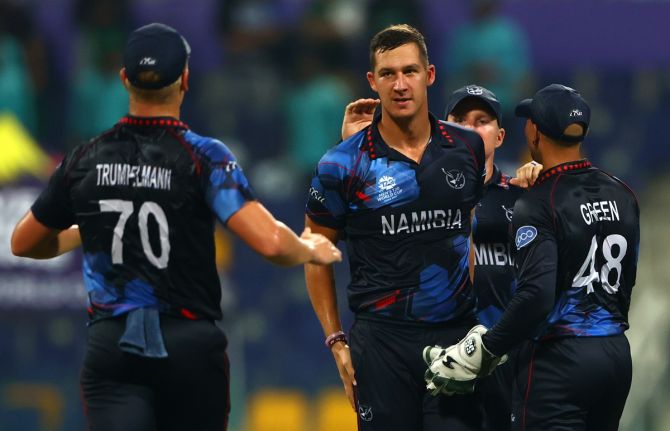 Just when it looked like the Pakistan innings might be stalling, out came Hafeez to take advantage of the platform laid by the opening pair.

The veteran’s surgical stroke-play saw him find the boundary five times in his sparkling 32.

But it was Rizwan who finished the innings in style, hitting 24 off the final over as he carried his bat through the innings and finished with 79 not out off 50.