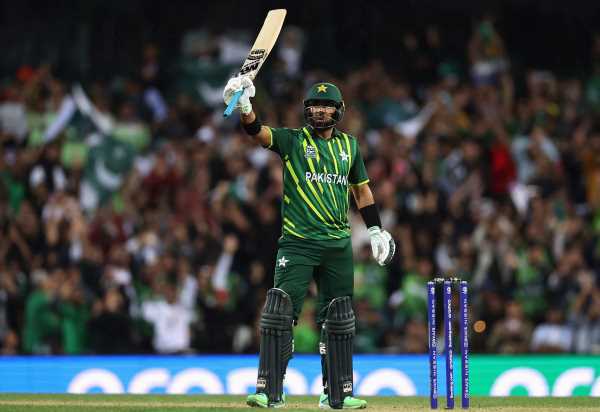 Images from the T20 World Cup match between Pakistan and South Africa at the Sydney Cricket Ground on Thursday.

Half-centuries from Shadab Khan and Iftikhar Ahmed helped Pakistan recover after a top order collapse and post an imposing 185/9 against South Africa in the T20 World Cup match on Thursday.

Iftikhar hit 51 from 35 balls as anchored the innings in the middle overs, while Shadab provided the boost as raced to his half-century from just 20 balls, hitting four sixes and three fours.

Electing to bat, Pakistan lost an early wicket when Mohammed Rizwan was bowled off an inside edge by Wayne Parnell for four in the first over. 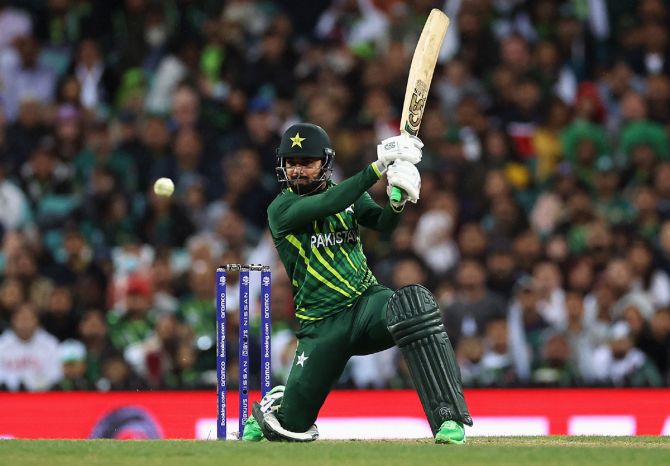 Drafted into the squad as a replacement for the injured Fakhar Zaman, Mohammad Haris went on the attack right from the word go, hitting Kagiso Rabada for back to back sixes and a four in the second over.

Haris smashed his way to a quickfire 28 from 11 balls, before he was trapped leg before wicket by Anrich Nortje. 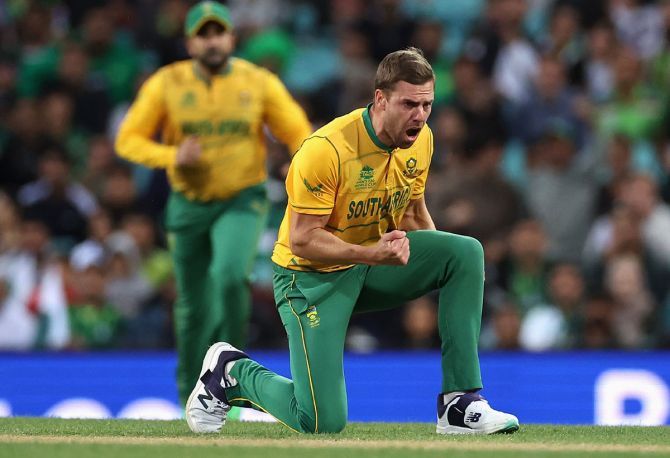 Babar Azam (6) and Shan Masood (2) also perished cheaply as Pakistan slipped to 43/4 in the seventh over.

The in-form Iftikhar steadied the innings with a partnership of 52 runs for the fifth wicket with Mohammad Nawaz (28 off 22 balls) before the latter was trapped before wicket by Tabraiz Shamsi. 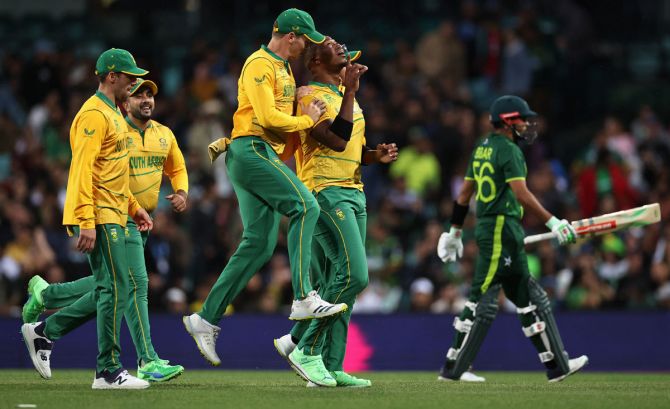 Shadab turned the innings on its head in the last few overs, as he smashed 52 from just 22 deliveries, including three fours and four sixes. He put on a crucial 82-run stand for the sixth wicket with Iftikhar.

Anrich Nortje was the most successful bowler for South Africa with figures of 4/41.