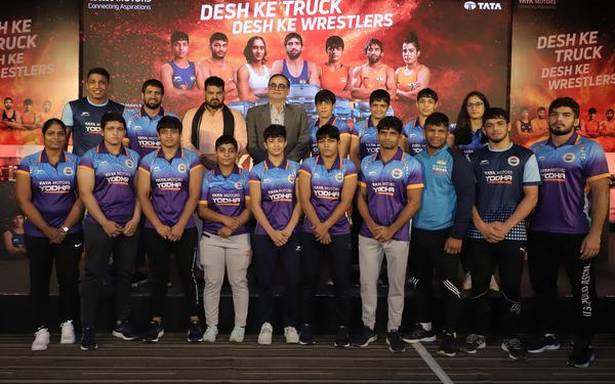 Following the Indian wrestlers’ fine performance in the Tokyo Olympics, Tata Motors on Friday extended its three-year-old association with the Wrestling Federation of India (WFI) with a ‘quest for gold’ in Paris 2024.

Holistic development of the wrestlers, providing assured and enhanced access to world-class training facilities, internationally-acclaimed coaches, support through nutritional programmes to young and talented wrestlers, and offering central contracts to senior and budding wrestlers are some of the highlights of the association.

WFI president Brijbhushan Sharang Singh said, “The elite wrestlers always get the support but we could take this to the wrestlers in rural areas due to the contribution of Tata Motors.”

He looked forward to extending support to the State and district associations.

Brijbhushan requested Tata Motors to consider setting up a facility around Delhi to address wrestlers’ injury concerns and urged the company to take up the title sponsorship of the COVID-19 hit Pro Wrestling League.

The seven wrestlers who competed in the Tokyo Olympics were presented Tata Yodha pick-up vehicles. Deepak Punia was absent due to some prior commitments.

Recounting his struggle due to a knee injury prior to Tokyo 2020, Olympic bronze medallist Bajrang Punia said, “The injury did a lot of damage. I did my rehab but could not cure it fully. I consulted the doctor and my rehab is on.”

Silver medallist Ravi Dahiya said he was not distracted by the uncertainty surrounding the 2020 Games. “I never participated in a (multi-sport) Games. I thought if it took place it would be nice, or else I would get another chance,” said Ravi.

Ace wrestler Vinesh Phogat, who was suspended by the WFI for indiscipline at the Tokyo Games before being let off, said she learnt a lot despite returning empty-handed from her second successive Olympics.

“At the senior level we don’t have time to grieve over a defeat, because the next Olympics is approaching and there are back-to-back competitions. It’s one thing to reach the top, but it is challenging to stay there,” said Vinesh.