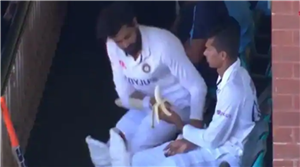 Ravindra Jadeja dislocated his thumb after being hit by a Mitchell Starc and did not bowl in the Australian 2nd innings. He was padded up and ready to bat on the fifth and final day, but needed help from Navdeep Saini. 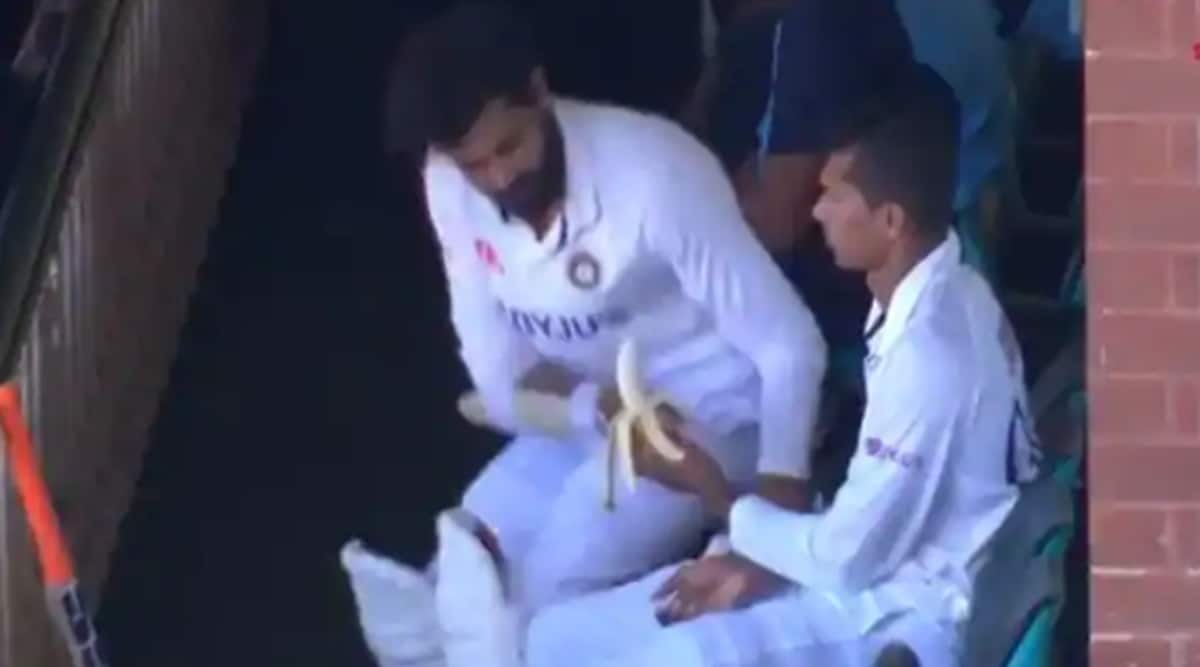 Ravindra Jadeja, who sustained a dislocated thumb during the 3rd India vs Australia Test, was seen padded up in the dressing room as his teammates put up a brave fight on the fifth and final day on Monday. Alongside him, he had Navdeep Saini, who will presumably follow him in the batting order, helping him have a banana.

During the second session, as Hanuma Vihari and Ravichandran Ashwin put on a dogged resistance to see out the Australian bowlers, the cameras showed Jadeja padded up and ready to bat, with two hours of the Test still left.

Jadeja was hit on the thumb off Mitchell Starc’s delivery during the first innings of the Sydney Test, and didn’t bowl for the entirety of Australia’s second innings. There were doubts over his participation in the Test after the blow he suffered.

The series is currently tied at 1-1, with the SCG Test to decide who goes up in the series before the 4th and last Test later this week. 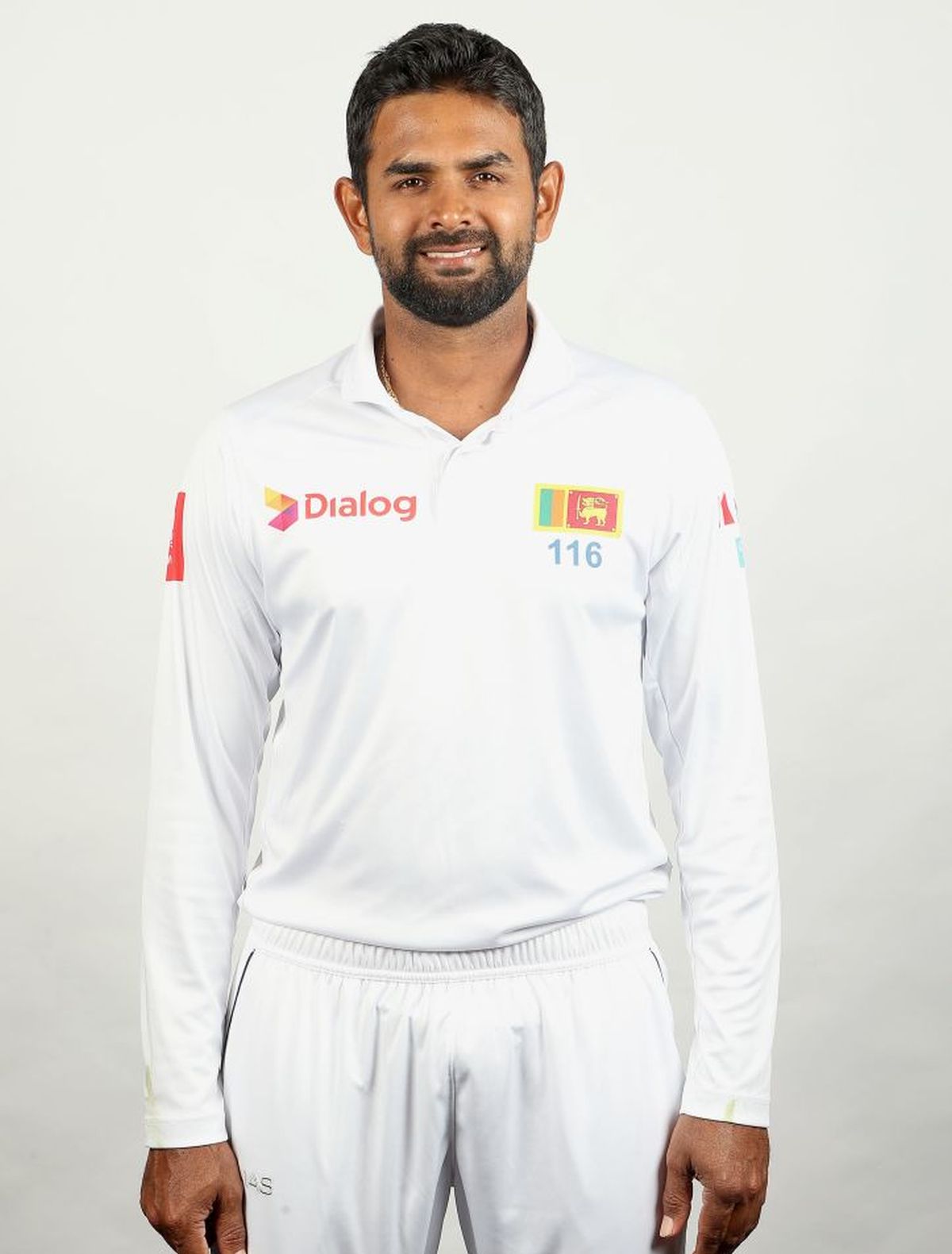