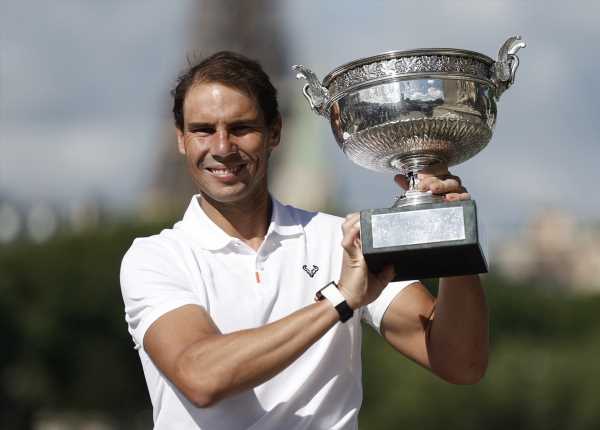 The 14th French Open title and his 22nd Grand Slam trophy powered Rafael Nadal to move up a place from fifth to fourth in the latest ATP rankings released on Monday, while Roland Garros’ runner up Casper Ruud jumped to career-high No 6.

While World No 1 Novak Djokovic remained at the top of the rankings chart with 8770 points despite defeat in the quarterfinals of French Open 2022 at the hand of Nadal.

Nadal has won both of this year’s major titles so far, including the Australian Open in January, but his ranking is hurt by his lack of activity over the past 12 months. He played only two matches between the end of the 2021 French Open and the end of last season because of that foot, then missed more time this year because of that issue and a rib injury.

Croatian Marin Cilic has jumped back in the Top 20 on the back of his standout run in Paris. The 33-year-old stunned World No. 2 Daniil Medvedev en route to the semi-finals. Medvedev remained in the second spot with 8160 while Alexander Zverev, with 7795 points stayed in the third place.

Meanwhile, American teenager Coco Gauff rose to a career-best No. 13 in the WTA rankings on Monday after her runner-up finishes to No. 1 Iga Swiatek at the French Open.

Gauff, an 18-year-old from Florida, jumped 10 spots by getting to her first Grand Slam final before losing to Swiatek 6-1, 6-3 on Saturday. Gauff had never been past the quarterfinals at a major tournament. She made it to the finals of singles and doubles at Roland Garros.