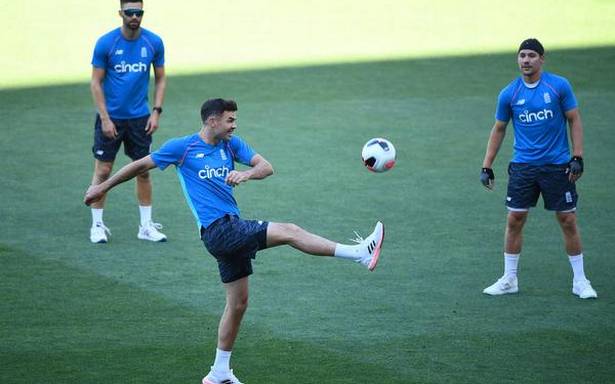 Warner set to play; Anderson and Broad back in England’s 12-man squad

While there were initial question marks over opener David Warner’s fitness for the second match of the Ashes series, there are no doubts about Australia’s superiority in day-night Tests.

They’re a perfect eight from eight as they go into the pink-ball Test against England beginning Thursday at the Adelaide Oval.

Warner still appeared to be in discomfort while batting in practice at Adelaide, but on Wednesday, captain Pat Cummins said Warner “will be right.”

“If he thought he couldn’t be as good as he normally is, he wouldn’t be playing,” added Cummins.

While Australia’s record in day-night Tests is perfect, England has just one win in four attempts. The win came in its first day-nighter at home against West Indies in 2017. England will get two chances with the pink ball in this series — the fifth test in Hobart, which was moved from Perth because of COVID-19 restrictions in Western Australia, will also be a day-nighter.

Going into Adelaide, all-rounder Ben Stokes allayed concerns about the knee injury that hampered his bowling at Brisbane last week, after coming through a nets session.

Veteran pace bowlers Jimmy Anderson and Stuart Broad are back in the 12-man squad after missing the first Test at the Gabba.