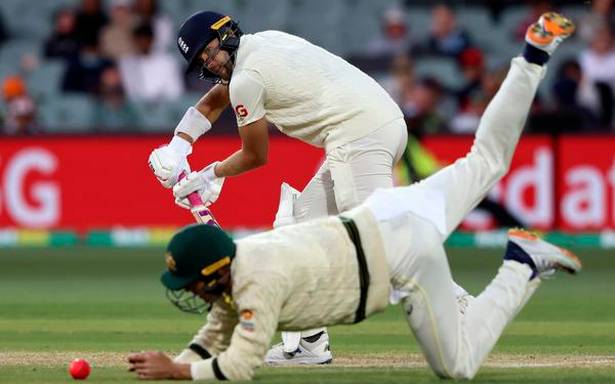 Team’s travails due to lack of Test experience on Aussie pitches, he says

England is “hurting” but determined to rise to the challenge and claw its way back into the Ashes series against Australia, batsman Dawid Malan said on Thursday.

After slumping by nine wickets in Brisbane and then by 275 runs in Adelaide, the visitors will enter the Melbourne Cricket Ground for the third Test on Sunday needing to win.

If it doesn’t, the five-Test series is over with Australia retaining the urn as the holder.

Malan said there had been frank discussions after Adelaide, where a first-innings batting collapse coupled with poor bowling and fielding cost England the match. “The boys are hurting after our performances in the last two games. They realise we haven’t been good enough across all facets of the game,” he told journalists.

The odds are against England — the only instance of a team coming from 2-0 down to win the Ashes was Donald Bradman’s Australia way back in 1936-37.

Malan and captain Joe Root have been the only two English batsmen to excel, both hitting half-centuries in Brisbane and Adelaide, but unable to go on and make a big score.

He suggested that England’s travails against a high-quality attack was also down to a lack of Test experience on Australian pitches, with he and Root among the few to have played an away Ashes series before.

British media has suggested changes could be afoot for the Boxing Day Test with Zak Crawley tipped to replace either Rory Burns or Haseeb Hameed, who have both struggled for runs at the top.

Ollie Pope has also been disappointing at No. 6, with the experienced Jonny Bairstow a potential replacement.