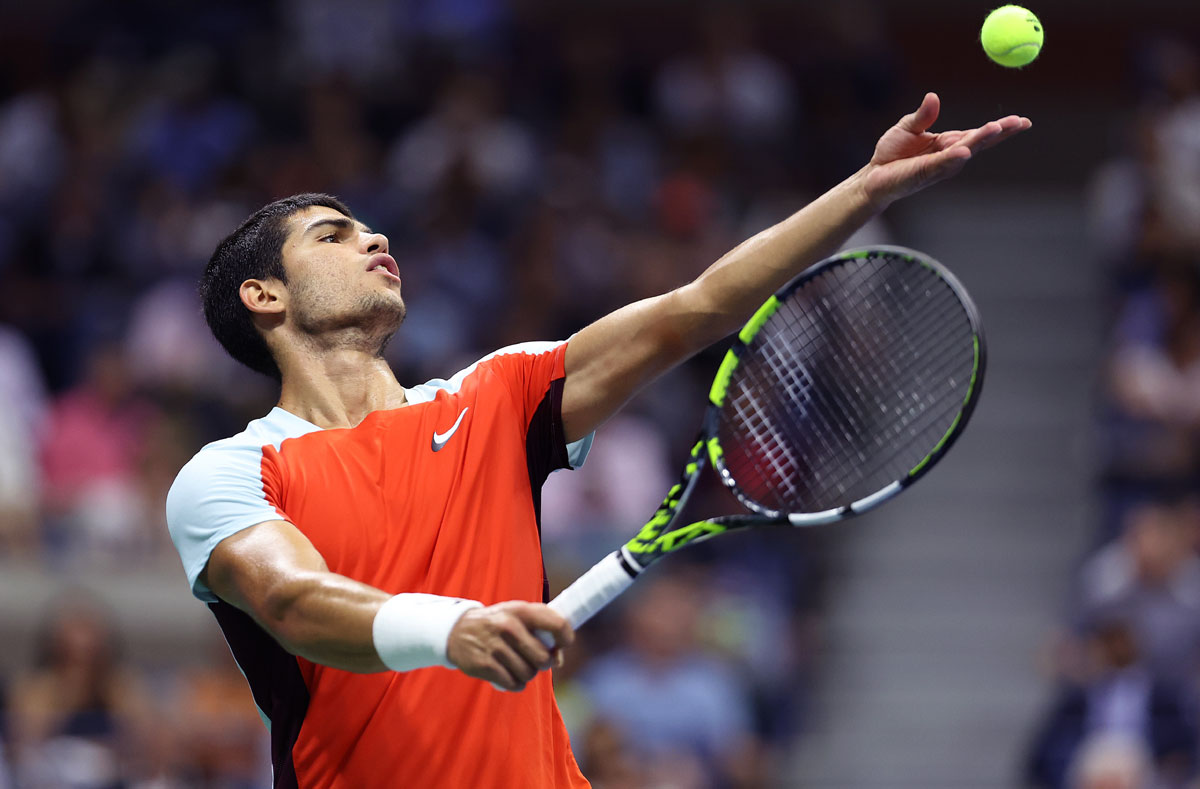 With poise beyond his 19 years and enviable stamina, Carlos Alcaraz faced down the crowd and Frances Tiafoe on Friday night to collect another thrilling win and reach the US Open final.

Despite wrapping up the latest-finishing match in tournament history in the early morning hours on Thursday, the Spaniard had plenty more in the tank on Friday, sprinting to drop shots, pounding forehands and coolly holding serve in the tense fifth set.

“I feel great right now,” a beaming Alcaraz told reporters after the win, which set up a final with Norway’s Casper Ruud on Sunday.

Alcaraz’s run at the tournament last year came to a jarring finish when he retired from his quarter-final with a leg injury he said came from playing long matches in his previous rounds.

That turn led some to wonder if the highly-touted teenager possessed the endurance needed to win a Grand Slam given its grueling, best-of-five format. But he has more than silenced the doubters with three consecutive five-set victories on the sport’s biggest stage.

“It was 12 months of working hard in the gym, on the court. But I would say it’s all mental.” That mental strength was on full display in front of a sold-out crowd at Arthur Ashe Stadium that was overwhelmingly in the American Tiafoe’s corner.

The crowd erupted when Tiafoe survived a match point in the fourth set and many jumped to their feet when he won a tie break to force a winner-take-all fifth, but Alcaraz remained focused.

“I thought it is a new match in the fifth set,” he said.

“I have to stay there playing well, playing my game, and believe. I just thought that I was able to beat Frances in the fifth set.”

The stakes of Sunday’s final could not be higher. The winner will walk away with their first Grand Slam trophy and the world number one ranking.

Ruud has an enjoyed a more straightforward and less talked about route to the final but will be the underdog against Alcaraz, who is 2-0 against the Norwegian including a win at the Miami Open final in April.