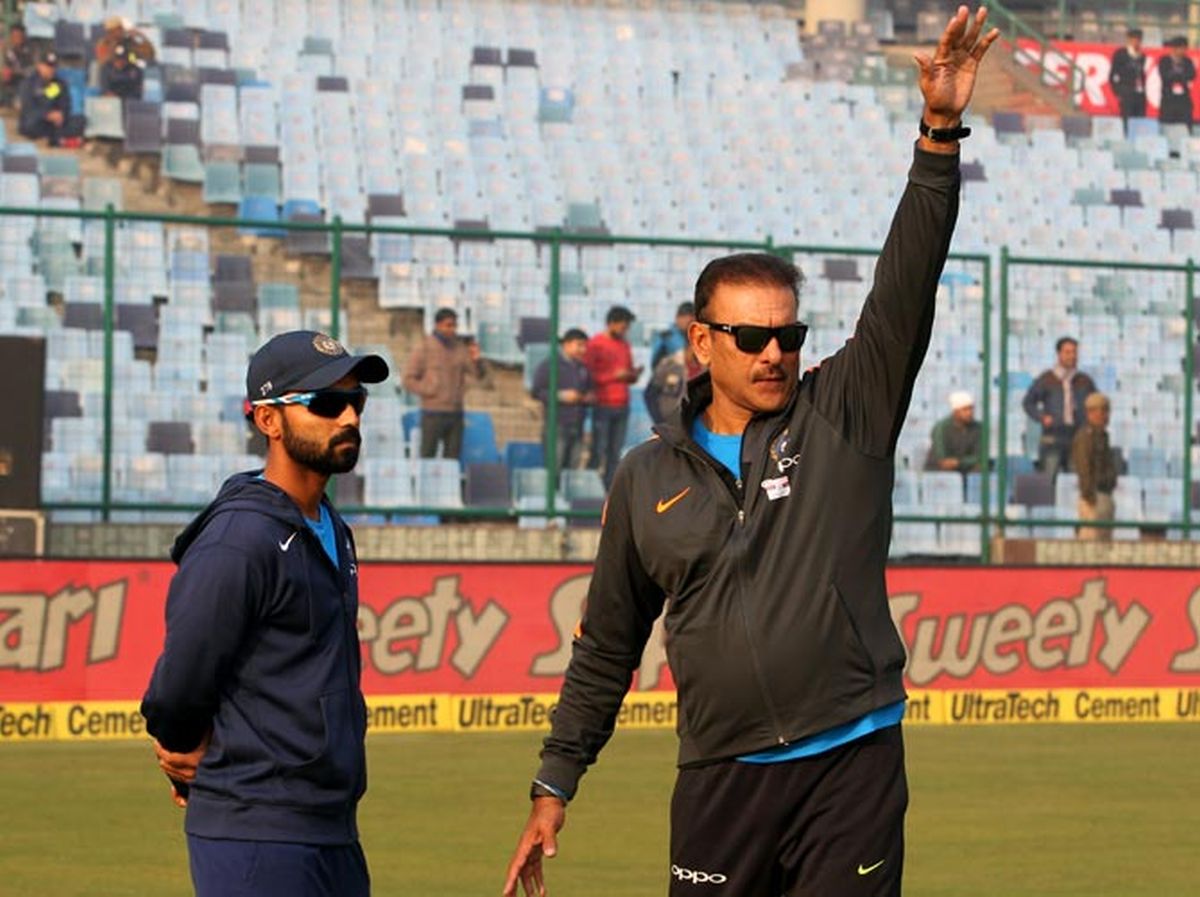 India Head Coach Ravi Shastri commended the ‘courage, resolve and spirit’ of his wounded warriors in a stirring dressing room speech after the conquest at Gabba on Tuesday.

Injury-ravaged India chased down an imposing 328 in the final Test to hand Australia their first loss in 32 years at ‘Fortress Gabba’ to retain the Border-Gavaskar Trophy in style.

In a three-minute speech Shastri said: ‘The courage, the resolve, the spirit, that you guys have shown is unreal. Not for once you were down, injuries, 36 all out (in the first Test at Adelaide), you had the self-belief in you,’ an emotional Shastri said.

‘It doesn’t come overnight, but now that you have this self-belief, you can see where you have taken a game as a team. Today forget India, the whole world will stand up and salute you.’

‘So remember what you guys have done today. You need to enjoy this moment, don’t let it just go away, enjoy as much as you can,’ he advised the young team.

‘It started in Melbourne. Sydney was fantastic, it allowed us to come here even-steven. And to pull off something (like this) today was simply outstanding,’ Shastri said.

‘Shubman (Gill) great, great. Puji (Cheteshwara Pujara) you will be known as the ultimate warrior. And Rishabh (Pant), simply outstanding. The way you were batting, you gave heart attacks to a few every moment but what you have done is magnificent,’ he added.

‘Jinx to lead the side from the position where we were and to make them bounce back and control things in the middle like the way you have done is simply, simply, brilliant,’ Shastri, who led India in only one Test — against the West Indies in 1987 and won that game in style, by 255 runs as Narendra Hirwani took 16/136 — declared.

And finally, Shastri applauded Thangarasu Natarajan, the net bowler who became a front-liner, and the duo of Washington Sundar and Shardul Thakur, the men who made as much difference with the bat as with the ball.

‘…in this Test match, I would not want to forget is three debutants and their performances in that first innings. Nattu, Washi and I say Shardul because he was injured in the first Test he played (in 2018).’

‘For you to show that spirit, that’s what broke the back of Australia, more than anything else, that we could come back and get 330 or 340 on this wicket after being 180/6,’ he said.