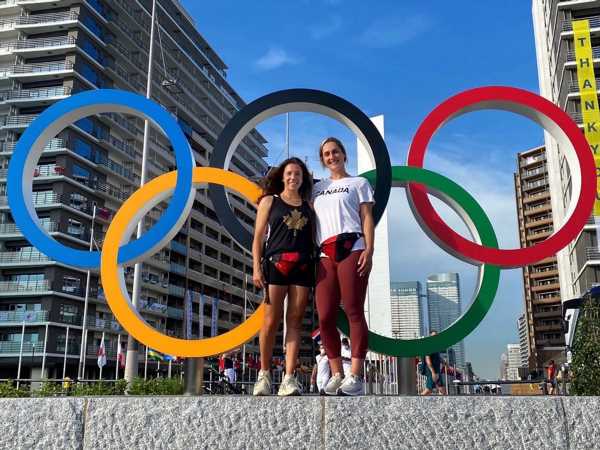 The hometown team scored the first win of the Tokyo Olympics as the pandemic-delayed Games began with an 8-1 win for Japan over Australia in the softball.

Here’s what you need to know about the Games right now:

WHO chief Tedros Adhanom Ghebreyesus lauded the host nation for giving courage to the world as it battled the early stages of another wave of global coronavirus infections.

“May the rays of hope from this land illuminate a new dawn for a healthy, safer and fairer world,” he said, holding aloft an Olympic Games torch. “It is my sincere hope the Tokyo Games succeed.”

Friday night’s opening ceremony will be a much scaled-down affair to match the mood. “It will be a much more sobering ceremony. Very Japanese but also in sync with the sentiment of today, the reality,” Marco Balich, a senior advisor to the Tokyo ceremonies executive producer, told Reuters.

“We have to do our best to complete this unique and hopefully the only one of its kind Olympics.”

The Springbok Sevens, among the gold medal favourites, were forced into isolation on arrival after a passenger tested positive. Only Powell will miss the competition.

Japan has rebooted extra power plants, including a long-dormant nuclear reactor, to avoid a power crisis as temperatures soar in Tokyo. Organisers are rolling out various tools to beat the heat, including mist-spraying stations for Olympic horses and cooling vests for referees. The New Zealand men’s hockey coach, however, is confident his team are ready for the heat.

“We’ve … had plenty of time in the heat chamber and plenty of training to be able to get ourselves as good as we can from within New Zealand,” Darren Smith said at a news conference Wednesday.

QUOTE OF THE DAY

“I’m trying to be better than I was at the last meet, so I’m trying to beat myself,” gymnast Simone Biles told NBC television. “And so now I’m doing things that were unimaginable to the sport, and even for myself, and it’s honestly crazy but I’m really excited because I feel like I’ve pushed my limits.”

WHAT TO WATCH FOR

– The International Olympic Committee is expected to ratify the Australian city of Brisbane as host for the 2032 Summer Olympic Games on Wednesday.

– Women’s soccer kicks off with the hosts playing Canada and the favourites USA taking on Sweden.