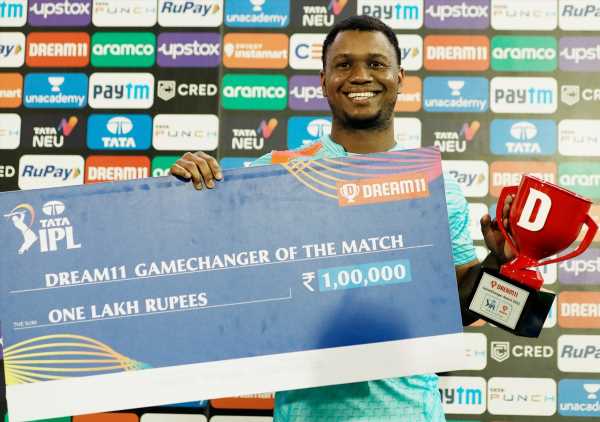 Lucknow capped off the fourth highest run chase in IPL history in epic fashion to register a win over defending champions Chennai Super Kings by five wickets at the Brabourne Stadium in Mumbai on Thursday, March 31, night.

The hero of the hour was Evin Lewis, who smashed 55 off 23 balls to help K L Rahul’s team record their first win of the IPL 2022.

Earlier in the CSK innings, Robin Uthappa scored a brisk half-century, Moeen Ali kickstarted his IPL 2022 campaign with a 22-ball 35 while Shivam Dube chipped in with a much needed 49, all of which allowed CSK to set a 211 run target for Lucknow.

LSG Openers Rahul and Quinton de Kock put on 99 runs to start the big chase. It kept the asking rate in check, but Rahul’s wicket followed by that of Manish Pandey put the pressure back on the team from Lucknow. De Kock and Rahul scored 61 and 40 respectively. 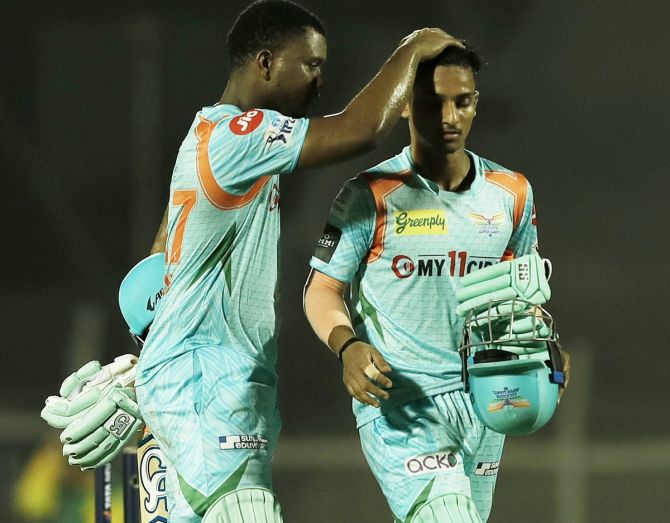 Lewis walked in with Lucknow at 106/2 needing an additional 105 runs from 54 balls, a tall ask under any circumstances.

Knowing well the gravity of the situation, Lewis hammered Tushar Deshpande for a four to energise his team’s run chase. What followed was a steady flow of boundaries thanks to a combination of power and timing which saw every bowler taken to the cleaners in the death overs of the match.

The pick of the bunch was the penultimate over delivered by Shivam Dube — one that went for 25 runs and completely changed the tie in Lucknow’s favour.

With 34 needed off 12 balls, Lewis started off with a massive six, forcing two wides from Dube before ending the over with two fours and yet another six.

The tie was closed out by his partner Ayush Badoni with a six over backward square in the final over to deliver a superlative win for the Lucknow Super Giants.