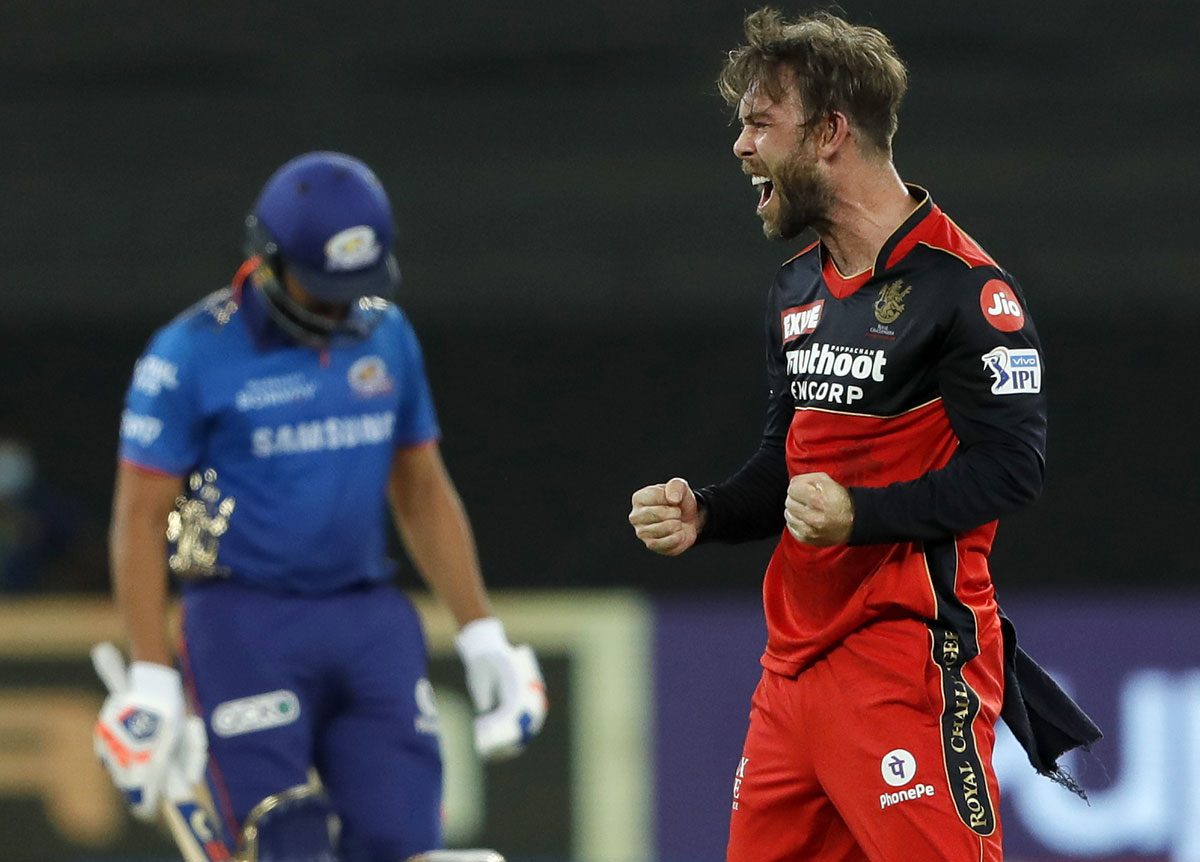 Royal Challengers Bangalore broke the bank to buy Glenn Maxwell for a whopping Rs 142.5 million (Rs 14.25 crore) at the IPL Players Auction in February and he has proved be worth every rupee with his consistent showing this season.

With the bat, Maxwell stroked a superb 56 from 37 balls to give RCB the momentum in the middle overs. He used his trademark reverse sweep to good effect, against both pacers and spinners, to disrupt the Mumbai bowlers’ rhythm.

The Mumbai spin duo of Rahul Chahar and Krunal Pandya looked to keep things tight before Maxwell reverse swept the latter for six in the 12th over.

Pace bowler Adam Milne suffered at the hands of the Australian who hit him for a couple of fours over midwicket before he brought out the reverse sweep to swat leggie Chahar for a six over cover.

Milne suffered again as Maxwell reverse swept him for a six over third man and hit another boundary through mid-off to race to his fifty from 33 balls.

Jasprit Bumrah came under the hammer as Maxwell smashed him for a boundary wide off long-on but fell to the pace bowler a few balls later when he hit a full toss straight to Trent Boult at long-on after a match-defining half-century, which included six fours and three sixes.

Maxi was not done yet as he played an important role with the ball for RCB. He was hit for 11 runs in the first over but Captain Virat Kohli kept faith and stuck with his part-time spinner.

The Aussie dented Mumbai’s hopes big time with the key wicket of Rohit Sharma, caught at long-on after a quick 43 from 28 balls. He dismissed Krunal Pandya in his final over to finish with excellent figures of 2/23 as RCB cruised to an emphatic victory.