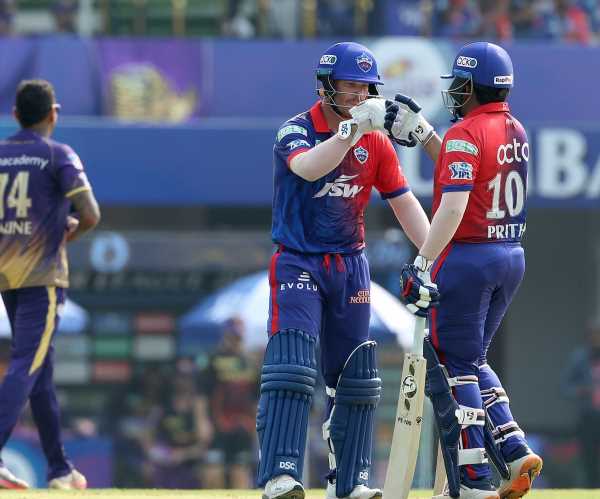 Shaw smacked 7 fours and 2 sixes as he brought up fifty in just 27 balls. Varun Chakaravarthy finally got the breakthrough when he castled Shaw in the 9th over.

Alongside Shaw, Warner ensured DC had the perfect platform to put up a huge total on the board. The Shaw-Warner partnership added 93 to set the platform. Warner also returned to form with his first half-century of this edition with a six off Andre Russell in the 13th over. Umesh Yadav (1/48 in 4 overs) had his first bad outing this IPL while Warner also launched into Pat Cummins (0/51 in 4 overs) with two boundaries over cover as 50 came in four overs.

It’s a rarity to have 10 fours and two sixes being hit in the Powerplay as KKR Captain Shreyas Iyer looked clueless.

Chasing 216 for the win, Kolkata kept losing wickets at regular intervals with Kuldeep Yadav picking a four-for against his previous franchise. Iyer notched up a brilliant fifty, but found no support at the other end.

An emphatic win and Delhi Capitals are now in the sixth spot on the points table.