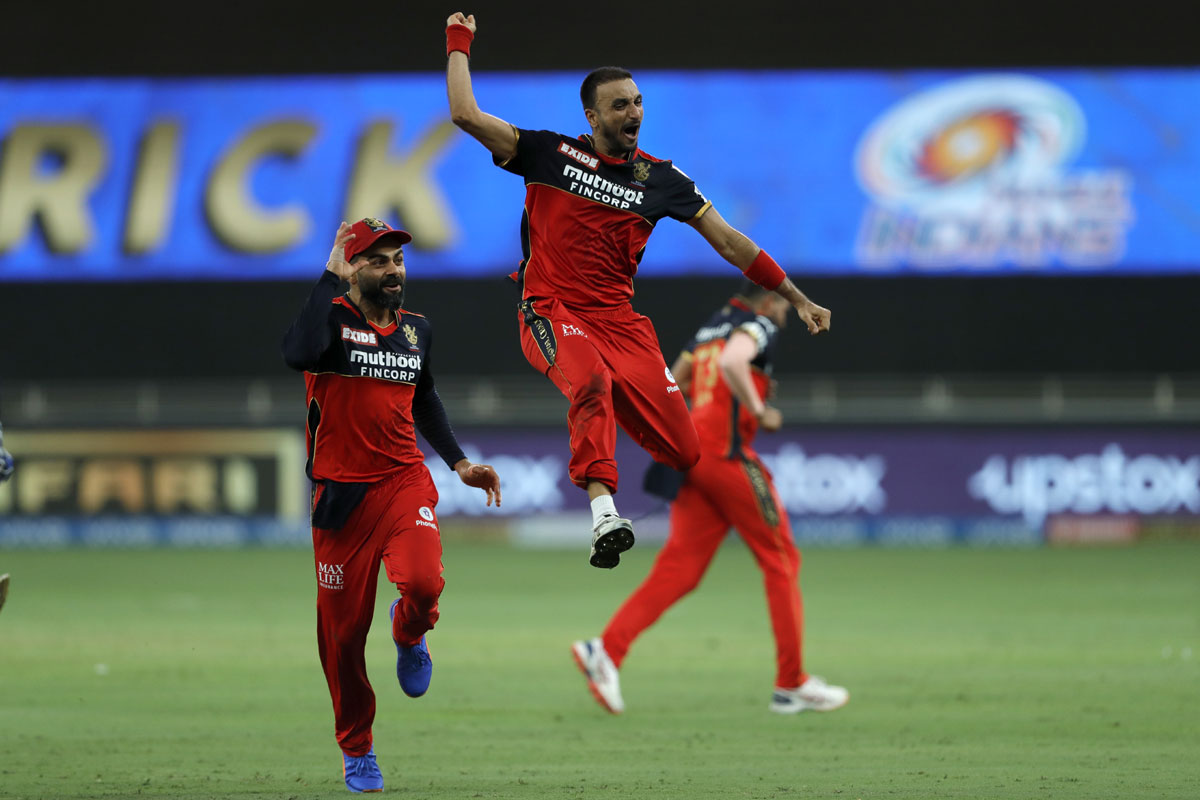 Defending champions Mumbai Indians continue to struggle in the second leg of IPL in the UAE as they suffered their third defeat in a row.

Mumbai were struggling on 105/5 in 16 overs, needing 61 from the last four overs, but with Kieron Pollard and Hardik Pandya no target was beyond them.

Harshal finished off Mumbai’s hopes with his hat-trick in the 17th over.

Hardik looked to hit Mumbai out of trouble, but ended up miscuing it to Virat Kohli in the covers to perish for three.

Pollard followed next ball as he walked across his stumps, missed the flick and was bowled for seven.

Harshal bagged the first hat-trick of this year’s IPL when he deceived Rahul Chahar with a slower ball to trap him leg before for a first-ball duck.

In the space of three balls, Mumbai’s hopes were all but finished as they collapsed to 106/8.

Fittingly, Harshal took the last wicket when he bowled Adam Milne as Mumbai were shot out for a lowly 111 to slip to seventh in the standings.