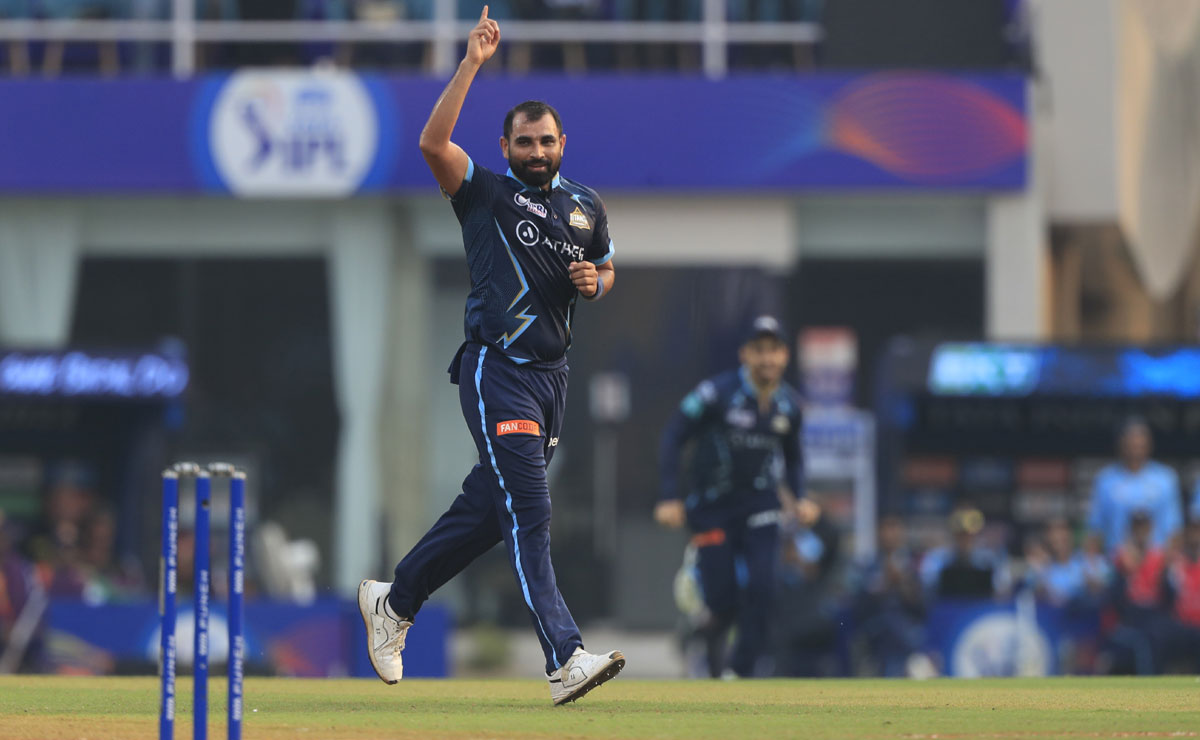 Mohammed Shami has been instrumental in Gujarat Titans’ dream run in IPL 2022.

Against the Kolkata Knight Riders at the D Y Patil stadium in Navi Mumbai on Saturday, April 23, afternoon, Shami made an instant impact.

After being restricted to 156/9, Gujarat needed a few early wickets and the experienced Shami delivered with the new ball.

He struck in his very first over of the innings as Sam Billings was caught off a top edge by Wriddhiman Saha for four.

In his next over, Shami sent back the other KKR opener Sunil Narine, who was caught at short fine leg for 5.

KKR struggled in their bid to get back the momentum in the middle overs, losing wickets at regular intervals.

Despite Andre Russell’s quickfire 48 from 25 balls at the end, KKR were unable to chase down the targets as they went down by eight runs.

Shami was Gujarat’s most successful bowler with 2/20 in four overs, while Rashid Khan (2/22) and Yash Dayal (2/42) also participated in a clinical showing by the Gujarat bowling unit.