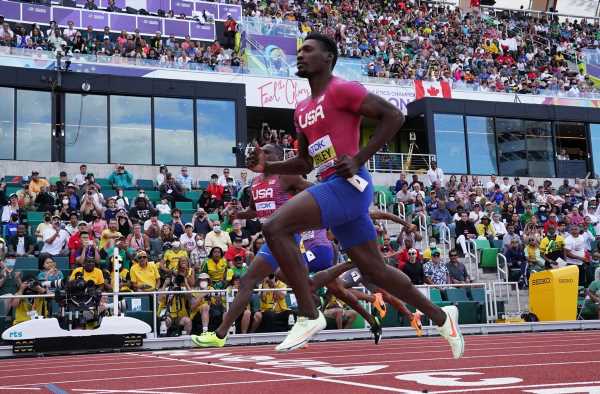 Fred Kerleyled home an American clean sweep in the world championships 100 metres final on Saturday, the first since 1991, to send the home fans wild as the sport’s dominant nation got a night to remember as they hosted the event for the first time.

Kerley timed his dip perfectly to clock 9.86 seconds as Marvin Bracy took silver and Trayvon Bromell bronze, both with 9.88 seconds but Bracy taking it by two thousandths of a second.

Carl Lewis led clean sweeps in 1983 and 1991 but no nation has managed it since. The United States were allowed to enter four in the event – three qualifiers from their trials plus Coleman as the defending champion.

Jamaican threat Oblique Seville, the fastest of the qualifiers with 9.90, finished fourth in 9.97.