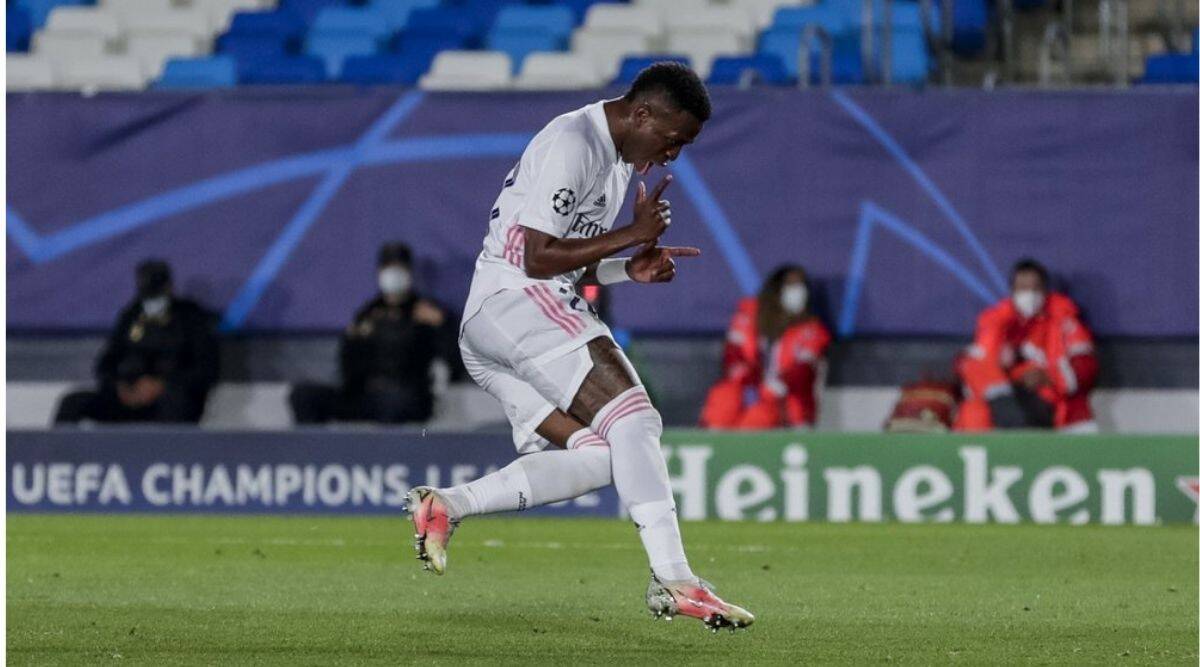 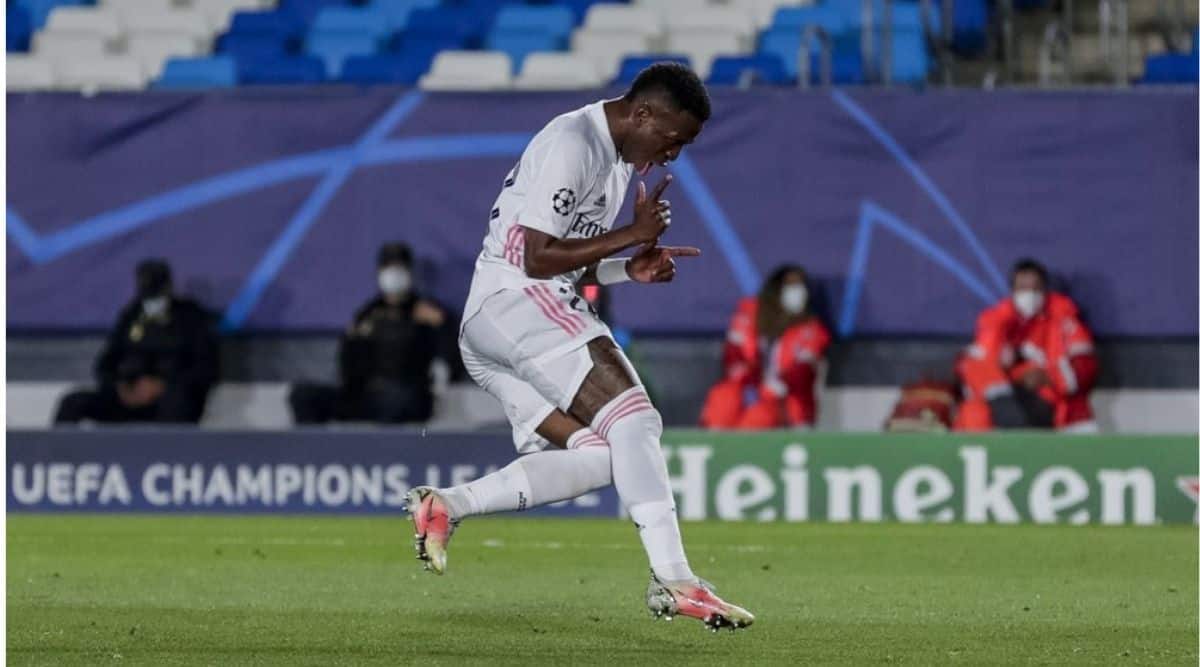 Vinícius Júnior finally came up with the type of performance Real Madrid fans have been expecting from him.

The Brazilian forward netted his first double for the club on Tuesday, leading it to a 3-1 over Liverpool in the first leg of the Champions League quarterfinals.

The youngster tormented the Liverpool defense all night and was precise with his finishes, moving the Spanish powerhouse closer to the semifinals after a two-year absence.

“People outside of the club criticize me, but I keep working hard,” the 20-year-old Vinícius Júnior said. “That gives me the strength to arrive at an important moment like this and score the goals that the team needed.”

Marco Asensio also scored for Madrid, which took full advantage of Liverpool’s defensive blunders in the first half to take a commanding lead ahead of next week’s second leg in England.

Mohamed Salah netted the lone goal for Liverpool early in the second half before Vinícius Júnior sealed the victory for the hosts. 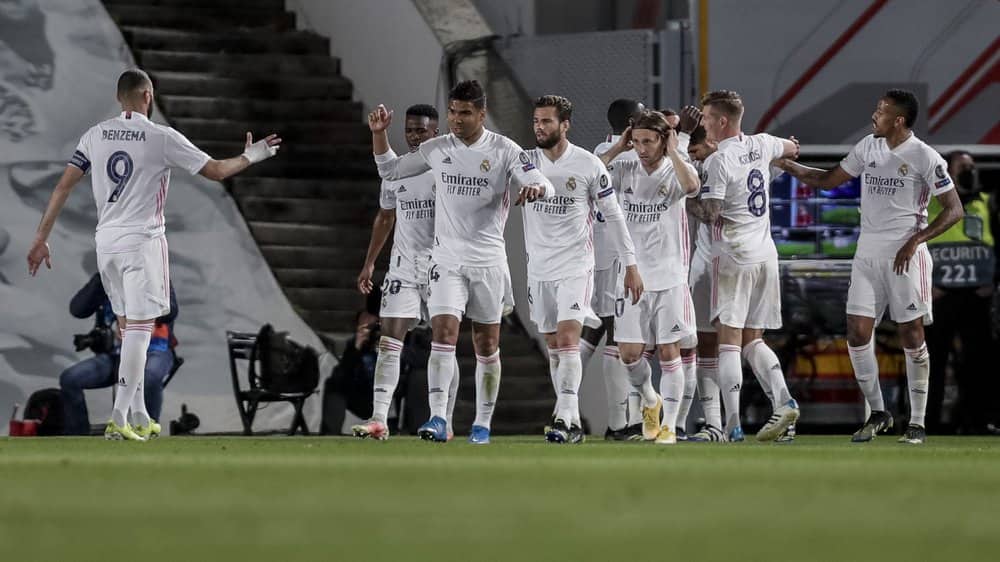 “If you want to go to the semifinals, you have to earn the right to do so,” Liverpool coach Jürgen Klopp said. “We didn’t do that tonight, especially in the first half, so the only good thing really that I can say about the game apart from the fact we scored the goal, is that it’s only the first leg.”

Manchester City defeated Borussia Dortmund 2-1 at home in the other quarterfinal on Tuesday.

Liverpool recently endured a run of poor results and sits only seventh in the Premier League, so it may have to win the Champions League to return to the European competition next season.

It looked lost at the start of the match at the Alfredo Di Stéfano Stadium in Madrid, unable to get a shot on goal in the first half.

Vinícius Júnior opened the scoring on a breakaway in the 27th after a superb long pass over the top by Toni Kroos. The Brazilian forward made a nice run between Liverpool defenders Trent Alexander-Arnold and Nathaniel Phillips then chested the ball down before firing a low right-footed shot from inside the area past goalkeeper Alisson Becker.

Vinícius Júnior, who had scored only one goal since October and four in total this season, arrived to Madrid amid high expectations as a teenager but had been criticized for his poor finishes and bad decisions in front of goal. He pointed to the team’s shield both times after scoring.

“I’m happy for him, he needed to score,” Madrid coach Zinedine Zidane said. “He has been playing well and helping the team. When you score it gives you more energy, that’s for sure.”

Another long pass by Kroos — and a defensive blunder by Liverpool — led to Asensio’s second goal in the 36th. Alexander-Arnold tried to clear the ball from Kroos but headed it across the area directly to Asensio, who flipped the ball over the charging Becker and finished the move on the other side to push it into the open net. The English side improved after the break and was able to pull one back early in the second half with Salah finding the net from close range after a shot by Diogo Jota was partially blocked by Luka Modric in the 51st. The goal had to be confirmed by video review because of a possible offside by Salah.

With the goal, Salah became the fifth Liverpool player to score in four consecutive European appearances.

Asensio, who scored in each of Madrid’s last four games in all competitions, squandered the chance to increase Madrid’s lead on a breakaway in the 64th. But a minute later, Vinícius Júnior didn’t miss his opportunity after a pass by Modric amid more soft defending by the English team, finding the net with a shot from near the penalty spot.

Liverpool had kept four consecutive clean sheets away from home going into the game in Madrid. It has not had five in a row in away games this century.

Madrid got the win even though its defensive problems compounded just before the game as Raphael Varane tested positive for the coronavirus. Captain Sergio Ramos had already been ruled out because of an injury.