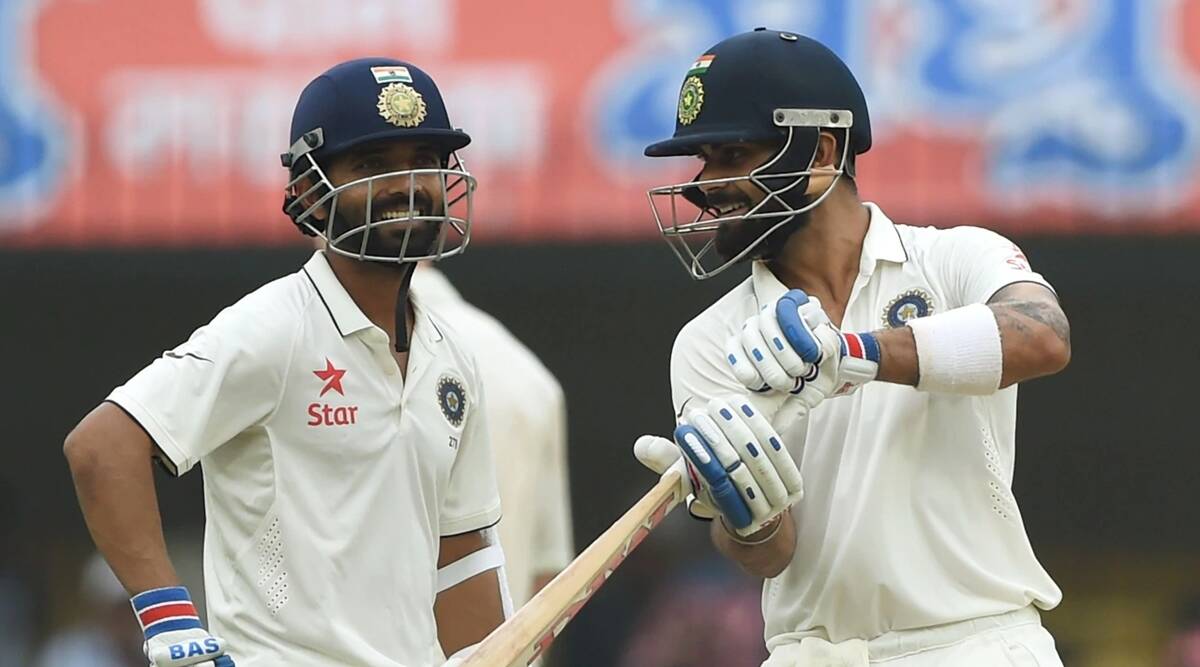 Rohit Sharma is leading the side in Virat Kohli and Ajinkya Rahane's absence as the game began today. Skipper Virat Kohli and vice-captain Ajinkya Rahane have opted out of the three day first-class warm-up fixture against County Select XI along with senior-off-spinner Ravichandran Ashwin.

Rohit Sharma is leading the side in Kohli and Rahane’s absence as the game began today.

Mayank Agarwal, who is likely to open with Rohit Sharma in the first Test at Nottingham will be watched keenly along with Mohammed Siraj, who could preferred over Ishant Sharma in the playing XI.

First team regular like Mohammed Shami have also been rested from the game, which is one of India’s rare first-class game in last 10 years.

It is understood that Kohli, Rahane, Shami, Jadeja will be sweating it out at the nets alongside Ashwin, who has already bowled a whopping 58 overs and taken seven wickets in a County game for Surrey last week.

Regular keeper Rishabh Pant and senior reserve glovesman Wriddhiman Saha are currently isolating in London after the COVID scare but are expected to join the team before the intra-squad game scheduled at the Riverside ground during the last week of this month.

It is tentatively scheduled between July 26-28.

While Kohli, Rahane, Shami are also coming from a three-week break, playing a first-class match means that all the seniors will have to remain on field for a stipulated period of time.

The match also provides an opportunity to Hanuma Vihari to score a few runs and keep Rahane under pressure since he hasn’t been scoring runs very consistently.

The five-Test series will be an acid test for both Cheteshwar Pujara and Rahane.