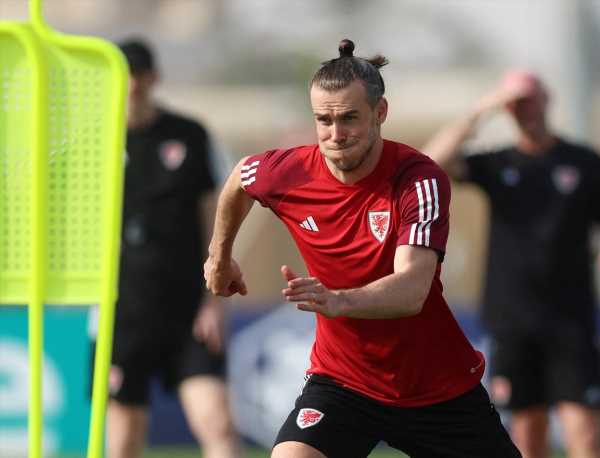 Wales and Los Angeles FC winger Gareth Bale said on Monday he had decided to end his playing career at the age of 33, having reached exceptional milestones in both club and international football.

Bale played a Wales record of 111 games for his country and was a five-time Champions League winner with Real Madrid. He helped the Welsh reach the 2016 and 2020 Euros before leading them in their first World Cup since 1958 at Qatar 2022.

“After careful and thoughtful consideration, I announce my immediate retirement from club and international football,” Bale said on Twitter.

“I feel incredibly fortunate to have realised my dream of playing the sport I love. It has truly given me some of the best moments of my life.”

“The highest of highs over 17 seasons, that will be impossible to replicate, no matter what the next chapter has in store for me.”

Bale started his senior career at then Championship side Southampton, which introduced the 17-year-old to professional football before he moved to Tottenham Hotspur two years later.

After six seasons and nearly 150 appearances in the Premier League, Bale was signed by Real Madrid for a fee reported by British media as a world record of 100 million euros ($107.45 million).

In 2013-14, his first season in Spain, he helped Real Madrid to their 10th Champions League trophy, awaited by the club for more than 10 years. Bale made 12 appearances and scored six goals in the triumphant campaign, including in the 4-1 final win over Atletico Madrid.

“From my very first touch at Southampton to my last with LAFC and everything in between, shaped a club career that I have an immense pride and gratitude for,” Bale added.

“Playing for and captaining my country 111 times has truly been a dream come true.”

The player released a separate statement to bid farewell to the Welsh fans and team, saying his decision to retire from international football had been “by far the hardest of my career.”

“The fortune of being Welsh and being selected to play for and captain Wales, has given me something incomparable to anything else I’ve experienced.

“I am honoured and humbled to have been able to play a part in the history of this incredible country, to have felt the support and passion of the red wall, and together (we) have been to unexpected and amazing places.

“I shared a dressing room with boys that became brothers, and back room staff that became family.”

Bale became Wales’ youngest player when he made his debut as a substitute at the age of 16 years and 315 days old against Trinidad & Tobago in May 2006. Having scored 41 goals, he remains their all-time top scorer.

He captained Wales in their first European Championship in 2016, making the semi-finals, and helped them qualify again for Euro 2020, before reaching the 2022 World Cup for the first time since 1958.

The 33-year-old, who in Qatar became Wales’ most-capped player in their second group game against Iran, vowed to keep playing for the national team amid doubts over his future after they were knocked out with a 3-0 defeat by England.

“I don’t think it will be the last time you see him in a Wales jersey,” Wales coach Rob Page said after their elimination.