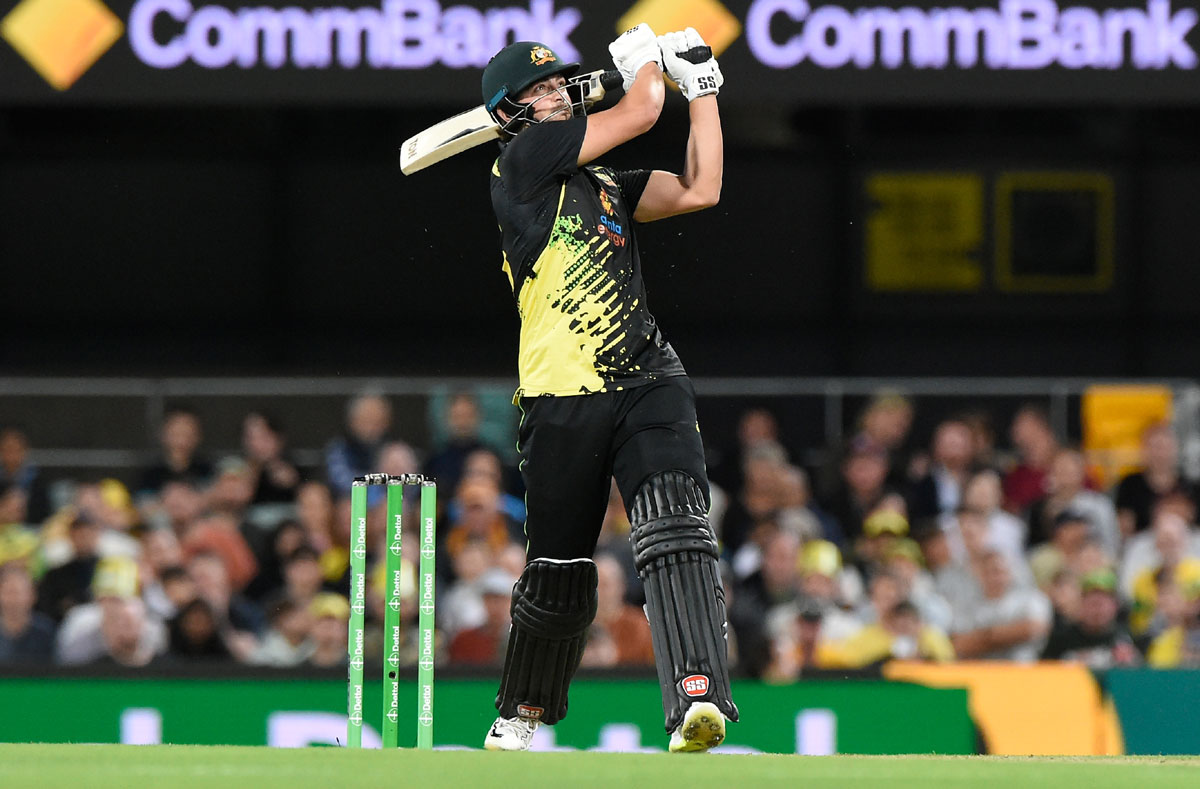 ‘He’s an incredible player. Has some serious power, so it boosts our middle order.’

Explosive middle-order batsman Tim David is a “godsend” for Australia and it is up to the team management to decide how to utilise him in the Twenty20 World Cup, opener David Warner said.

Singapore-born David, whose ball-striking prowess has made him a sought-after player in Twenty20 leagues across the world, has impressed since his Australia debut against India last month.

The 26-year-old showed what he is capable of with an incendiary 42 off 20 balls in Friday’s Twenty20 International against West Indies in Brisbane, where Australia completed a 2-0 series sweep.

“Now he’s in our team and our set-up, it’s a godsend,” said Warner, whose own form would be crucial to Australia’s hopes of defending the Twenty20 World Cup title on home soil later this month.

“He’s an incredible player. Has some serious power, so it boosts our middle order, and to come out and play like that and with his height as well, and strength, it suits us, that’s for sure.”

“Now where does he fit in the line-up as well and what’s his role?” said Warner who top-scored with a belligerent 75.

“I think coming out and playing that role there perfectly, when it was a hard wicket to start on, really opens our eyes to ‘OK, now how do we utilise that?’

“You don’t get these types of players every day. So it’s going to be good for us moving forward and hopefully there’s a spot there as well, because the selectors have got a headache now, I think.”