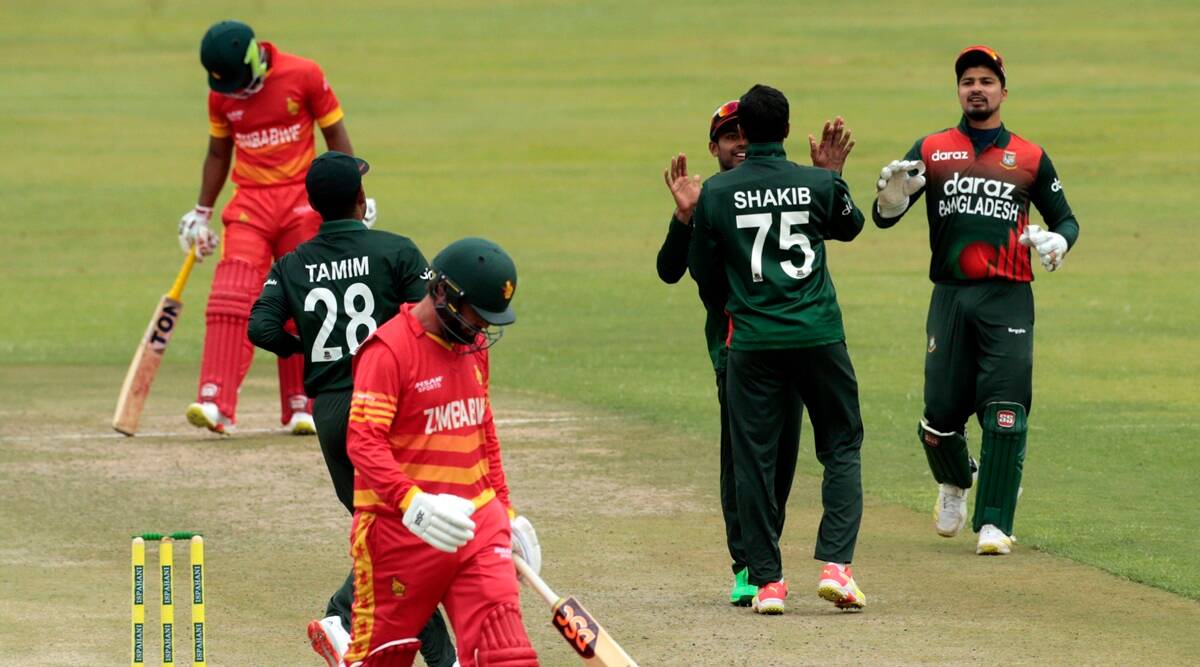 Brendan Taylor was adjudged out hit wicket after he mistakenly hit the stumps with his bat just as he finished practising a shot. 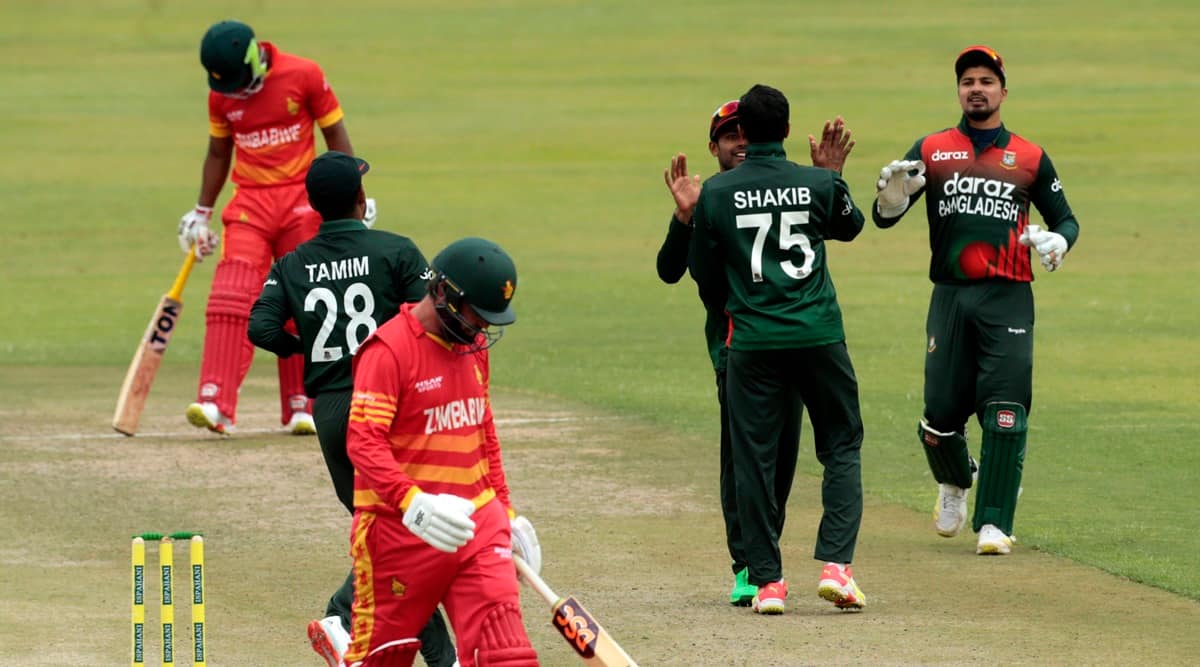 The second ODI between Zimbabwe and Bangladesh on Sunday saw a bizarre dismissal as Brendan Taylor was adjudged out hit wicket after he mistakenly hit the stumps with his bat just as he finished practising a shot.

The incident took place in the 25th over of Zimbabwe’s innings when Taylor missed with an attempt to upper cut a delivery from Bangladesh pacer Shoriful Islam. After the ball had passed his bat, Taylor practiced the shot from the crease and swung his bat backwards, dislodging one bail in the process.

All-rounder Shakib Al Hasan scored an excellent unbeaten 96 as Bangladesh defeated Zimbabwe by three wickets at the Harare Sports Club on Sunday to take an unassailable 2-0 lead in the three-game series.

Zimbabwe posted a competitive 240 for nine in their 50 overs, but the tourists chased the total down with five balls remaining, largely thanks to Shakib’s unbeaten half-century which came off 109 balls.

After the home side elected to bat, Wessley Madhevere (56) top scored but found little support in the lower order, as left-arm seamer Shoriful Islam (4-46) was the pick of the bowlers.Bangladesh were in trouble at 173 for seven in their reply, before Shakib and Mohammad Saifuddin (28 not out) put on an unbeaten 69 in 10.4 overs for the eighth wicket to see them to victory.

The third ODI will be played at the same venue and will be followed by three Twenty20 Internationals. 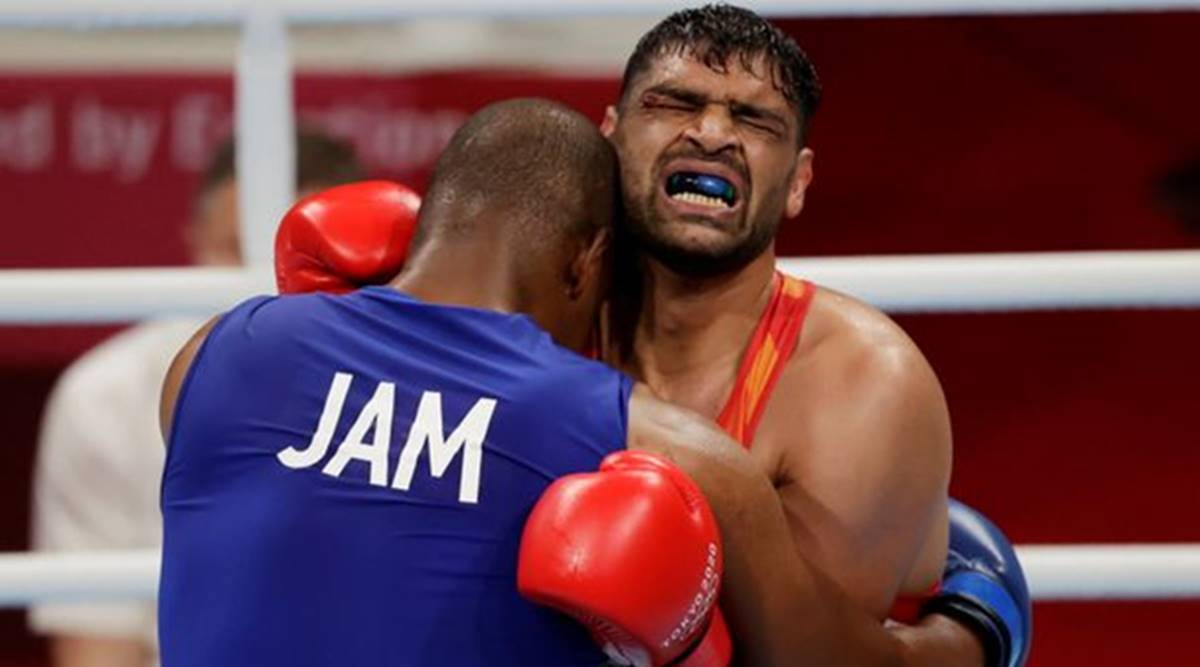